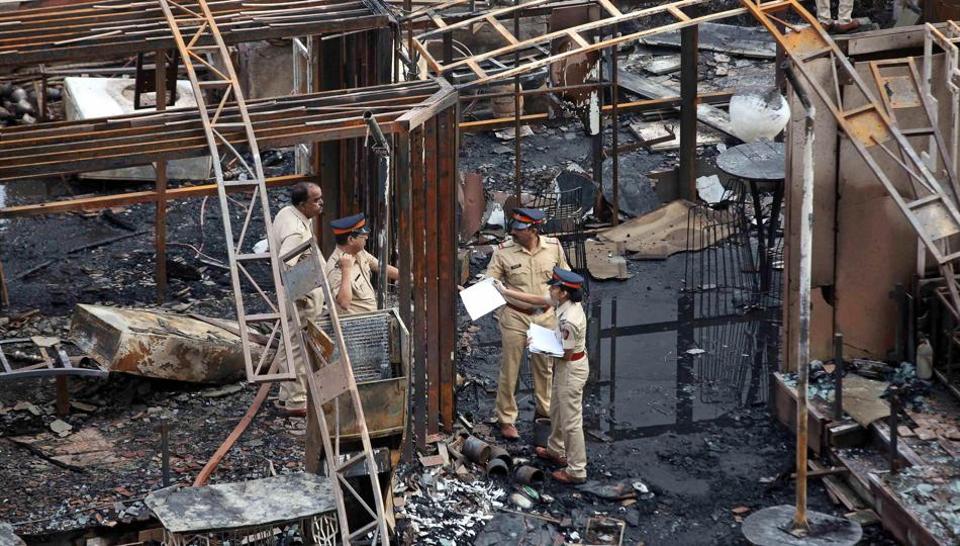 Editor-in-Chief of indiacommentary.com. Current Affairs analyst and political commentator. Writes for a number of publications. View all posts by this Author
The tragic fire at the Mumbai restobar that killed 14 and injured several others is a prime example of how unscrupulous businessmen collude with corrupt officials to flout all norms and endanger lives. The matter is not only of flouting fire safety norms  the rot runs deeper. In the instant case, it has come to light that the bars licence was renewed just 10 days ago. How could it be renewed if the fire safety clearance was not okay? There is a loophole in the law which prescribes that eateries with a seating capacity below 50 do not need fire safety clearance. This loophole is exploited to the hilt and eateries generally cram in double the number by keeping extra chairs and spare tables  especially in the busy season.

In the aftermath of the tragedy, the Maharashtra government has suspended 5 officers of the BMC. The civic body has also gone into a much publicized overdrive to demolish illegal structures. But no one has come out with an explanation as to how these were allowed to exist in the first place. Are there no checks and measures in civic bodies? What about accountability? Officers cannot allow this to happen on their own  higher-ups are involved and the gravy train goes right up to the top. Unless a non-negotiable value is put on peoples lives at the very top, the lower rung of bureaucracy will always trade it for a few thousand rupees.

It is not just Mumbai where this is going on brazenly. All Indian cities and towns suffer from this malady. With commercial space in up market locations in cities and towns getting squeezed, there is a huge incentive  and greater returns  to make illegal constructions and change the profile of existing ones. This is one area that should be the prime concern of all civic bodies. If they can focus on specific areas that are becoming commercial hubs with specially formed teams that have well defined accountability, their revenue will also increase and they will be able to identify vulnerable spots in time. This will make them prevent tragedies rather than display knee-jerk reactions once they happen. But the politicians and the bureaucracy of no civic body will allow this as it will mean foregoing millions of rupees in ill-gotten income which they have become used to. Meanwhile, tragedies will continue to happen and people will continue to die.