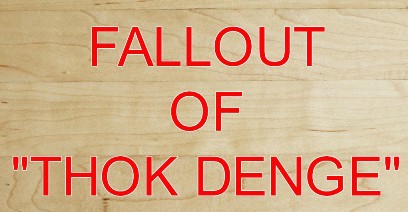 Holding an extreme view and carting the ball out of the park is what interests him most. He is a hard hitter at all times. Fasten your seatbelts and read. View all posts by this Author
It is a matter of concern that UP police have become so trigger happy that they kill passengers in a car just on the assumption of suspicious activity and trying to speed away. There are too many contradictions in the statements of the two constables, one of whom fired to kill Tewari, to make them believable. The killing of Vivek Tewari, an executive with Apple, in Lucknow is a direct result of the thok denge policy of the government of Yogi Adityanath. Under this policy, the police have been given the powers of judge, jury and executioner and have been conducted staged encounters to eliminate known history-sheeters. But it takes just a swing away to target the common man and this was clearly visible in the way Tewari was gunned down.

What transpired after that was even more shocking. Senior police officers tried to cover up the incident. Although the constables were arrested and later sacked, the police officers, instead of acknowledging it as a result of the trigger-happy policy of the government, chose to dismiss it as the handiwork of rogue policemen. But isnt it the policy that gives birth to these rogues? Will they have the guts to fire on anyone without that? The UP police had recently invited the media to witness and record an encounter. Obviously, it was staged as the police can never know beforehand about an encounter.

Even more shocking was the way the chief minister bought the dead executives family to kill the issue. At first, Viveks wife filed an FIR and said she was being pressurized to keep silent. Then, after she met Yogi, she changed her tune. She was promised a job and term deposits for her daughters. In short, she traded her husbands death for money and security. The government should respect the rule of law and strengthen its investigative capabilities to prove cases in court in order to nab and convict history-sheeters. Thok denge will just result in a trigger-happy police force which is not good for society.