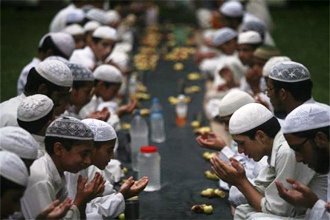 View all posts by this Author
It is perfectly alright for the BSP to raise the slogan (although it claims that it never did) 'Tilak tarazu aur talwar, inko maro jute char (meaning thrash Brahmins, baniyas and rajputs with shoes). It is also not offending when Mulayam Singh Yadav condones rape by saying boys will be boys or out rightly negates the possibility of a woman being sexually assaulted by more than one person by saying gang rape is not practically possible. These parties and their supremos are held as leading lights of social justice as they cater to special interest groups. But when someone speaks for the majority Hindus, he is at once branded an extremist who wishes to impose majoritarianism in the country.

When Mayawatis party talks about thrashing the upper castes, it is not inciting sectarian violence but when Yogi Adityanath speaks about love jihad, he is instigating Hindus to thrash Muslim youngsters who wish to marry Hindu girls. Such selective application of liberal thinking is only possible in India, where anything connected with minorities or the so-called special interest groups (SIG) is held sacred and thoughts related to protecting the rights of Hindus are considered an imposition by the majority community. If the minorities or SIGs and their advocates have the right to demand rectification of historic or current wrongs (as perceived by them) done or being done to them, the majority Hindus also have the right to seek redress when they believe their rights are being suppressed. Minorities and SIGs cannot be given a free run. They have to balance their rights with the rights of the majority. Secularism does not mean giving in to all kinds of demands by the minorities. Secularism also does not mean pandering to all kinds of groups to the detriment of the majority community. It means having a balanced outlook where interests of none of the communities are harmed.

But our so-called liberal media is up in arms over the appointment of Yogi Adityanath as the UP CM. They have seized upon his utterances in the past to say that he is anti-Muslim. They had done the same thing when Modi became PM. Adityanath is not anti-Muslim, he is pro-Hindu. There is a big difference. One can be pro-Hindu without being anti-Muslim. One need not spew fire at the Muslims to protect the interests of ones own community. If Muslims cater to the pro-Muslim agenda, they are called champions of minority rights. They are never called anti-Hindu. But when Adityanath caters to pro-Hindu agenda, he is immediately called anti-Muslim. Why is it so?

Any CM who is pro-Hindu will always protect Hindu rights. But it does not mean he will trample upon Muslim rights. The main reason for the vilification of Adityanath is that in his regime, minorities will not have the same power that they had when people who used them for vote bank politics were ruling. But that power was largely cosmetic and benefitted just a few self-styled leaders. The common Muslim has remained as backward and poor as he was under successive Congress, SP and BSP governments. But Muslims need not worry. Their just demands will be met better under Adityanath and the BJP. They will not be used as voters but will be treated as citizens. The BJP will not give them concessions in return of votes but will look into their demands as citizens of India. If development happens, they will benefit as much as any other citizen. There will be no corruption and no corny capitalists to take a cut from them. Of course, there might be some misguided elements who might try to take advantage of the situation and harass them initially. But they can rest assure that the administration will not be lenient on them. They will be severely punished and such incidents will not recur. Muslims should not listen to the Left-liberal propaganda. They should let Adityanath govern and then judge.