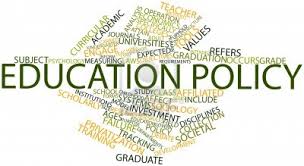 Editor-in-Chief of indiacommentary.com. Current Affairs analyst and political commentator. Writes for a number of publications. View all posts by this Author
The education policy of a nation is a very vital policy statement that goes on to shape the lives of future generations. It goes without saying that any such policy should be drafted by academics of renown. Although it is true that a lot of brainstorming goes into the process for a long time before it is brought to the stage of actual drafting, it is also true that if the final drafting is not in proper hands all the inputs might come to naught.

The HRD ministry has formed a panel to draft the new education policy and it has but one academic who is also of the vintage variety. The drafting committee is headed by former Union cabinet secretary T.S.R Subramanian with former Delhi chief secretary Shailaja Chandra, former state home secretary Sewaram Sharma, former Gujarat chief secretary Sudhir Mankad and former NCERT director J.S.Rajput. Only Rajput is an academic, but he had held the position of NCERT director way back in 1999-2000. It is like getting recipes from top chefs for an exotic dish and then allowing a manufacturer of noodles to prepare it.

The government has consulted with top academics and called for the views of many others to shape this policy. These views need to be properly examined to select the best ones. There may be thousands of exciting ideas and proposals which the best minds in education have submitted to the government. Is it possible for those who have been appointed to the committee to do justice to them? Quite frankly, they just do not have what it takes. It needs reminding that the last such exercise was undertaken in 1992 and with rapid changes in the form, content, technique and delivery of education worldwide, 23 years seem like an eternity. Any new policy needs to be drafted by people well versed in current and emerging trends in education. Sadly, it seems that the government doesnât think so.

The government might say that it has already consulted the best minds and the committee will only collate the information to arrive at the best possible policy. Also, that they are best suited to draft the document with their years of experience. But the act of assimilating diverse views to select the best is the trickiest part. It requires an academic to understand what another academic has proposed. A bureaucrat is often given to sacrifice an exciting idea at the altar of convenience. Also, their experience is a double-edged sword which while giving them grasp over drafting takes away the ability to think out of the box to bring about exciting reform. Hence, the composition of the committee does not invite any confidence.

Will it not be exciting to have dual committees in such matters? Much like the dual stage in most government tenders â a technical bid and a price bid. Here we can have a committee composed entirely of academics that will churn the material in hand and select those that are practical and relevant. Then the actual drafting could be done by another committee of mandarins. But even in this care should be taken to include some people who are in sync with current and emerging trends in education and international best practices. This will result in a document that will have the best of both â form and content.