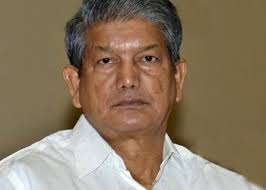 No Place For Whim in Democracy

No Place For Whim in Democracy

Editor-in-Chief of indiacommentary.com. Current Affairs analyst and political commentator. Writes for a number of publications. View all posts by this Author
The Uttarakhand High Court has delivered a master class to the NDA government on federalism and the use of Article 356. Despite the landmark Bommai judgment, which laid down standards for invoking the Article, Central governments have always used it as per their convenience and whim.

The invocation in the instant case was particularly galling as the Harish Rawat government was slated to face the assembly for a floor test just a day later. The NDA government plea that the Appropriations Bill was passed without a division should not have been an excuse for Presidentâs rule as that was the reason the floor test was prescribed. The Centre should have waited for it to conclude. Was it because the Centre was scared that Rawat would get the numbers that it rushed in Presidentâs rule with such undue haste?

Political gamesmanship should not be carried out at the cost of denigrating the countryâs constitution. The governor is not a soothsayer and his warning that there would be turmoil in the state on the day of the floor test should not have been taken at face value. The test should have been allowed to respect federalism and best democratic practices.

Political managers of the NDA have goofed up big time and have been taken to task by the High Court in a series of scathing observations during the course of the hearing. But it will not change the attitude of the ruling classes. The Congress, which is now making too much noise about the lack of concern for democratic principles in the NDA, is guilty of worse acts in the past, including blatant misuse of Article 356. If and when the next time comes, most Central governments will misuse the Article, despite the Bommai judgment and the scolding handed out by the Uttarakhand HC in the instant case.