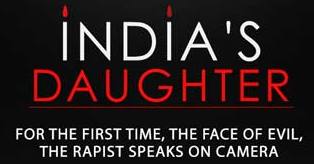 Not Allowing the Truth About India's Daughters

Not Allowing the Truth About India's Daughters

Editor-in-Chief of indiacommentary.com. Current Affairs analyst and political commentator. Writes for a number of publications. View all posts by this Author
This article has been written without seeing the documentary, based only on reports appearing in the media.

The house does not become clean by sweeping the dust under the carpet. By banning the BBC documentary on the Nirbhaya rape case and other rape cases, the government is doing just that. It seeks to prevent the world from knowing what is happening in India. It feels that India will get bad publicity. But this is not the way to address problems in society. The government should see the documentary to assess whether the subject has been fairly presented. It can also ask the maker to include whatever remedial measures the government has taken after the incident. A complete ban is more harmful than the alleged negative publicity the documentary will generate. For, it sends out a message to the perpetrators of such crime that their grisly acts will remain under cover.

Perhaps the government is stung by the fact that permission was granted for such a documentary. It is also surprised that the filmmaker was allowed to interview rape convicts, including those sentenced in the Nirbhaya case and also those on the death row, in the high security Tihar jail. It is also perplexed that jail authorities allowed unsupervised interviews with the inmates. For, if interviews were conducted under supervision, the unseemly comments which Mukesh (a convict in the Nirbhaya case) would not have slipped through. But all these are internal problems of the government and issues for it to ponder for the future. By banning the documentary, the government is being undemocratic.

Also, is it so bad to have a convictÃ¢â¬â ¢s comments about the victim on film? ShouldnÃ¢â¬â ¢t his mindset and the fact that he remains unrepentant even after being handed out the death sentence for his reprehensible crime be known to guardians of society, psychologists and the common people? Will the society not introspect what is wrong with our family life, our process of raising our children, our education system and our cultural values when it comes to know that even after being sentenced to death, Mukesh still thinks it was the fault of the girl he raped? Will not psychologists analyze his ugly mindset? Will not the parliament debate whether the death sentence is proper for such crimes or has there to be a better deterrent? Will not the common man become more vigilant and take steps to either prevent, or report such crimes in greater numbers?

As it is, the case received wide publicity worldwide and was discussed threadbare in all forms of media. It had shaken Indian society like nothing else in recent past. The documentary must have attempted to collate different views, including those of the convicts, to show how India has changed, or not changed, after the event. One thinks that by screening it, the spotlight will once again be on womenÃ¢â¬â ¢s safety Ã¢â¬" an issue that has still not been addressed comprehensibly. Pick up any newspaper and you can read how scores of NirbhayaÃ¢â¬â ¢s get raped everyday in India. What is the harm in putting the focus back on womenÃ¢â¬â ¢s safety and related issues?