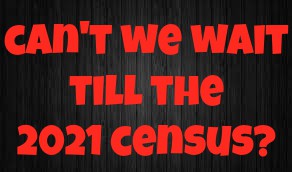 NPR,NRC: What Is The Tearing Hurry?

NPR,NRC: What Is The Tearing Hurry?

This government is not going to learn. It has created a lot of controversy in the country by insisting on carrying out the NRC and in getting the CAA passed. Protests, mostly apolitical in nature, have erupted all over the country. Both the Prime Minister and the Home Minister backtracked and said that there was no discussion about the NCR within the government. But they had already done the damage. Home Minister Amit Shah, especially, was very strident and kept on saying repeatedly that NCR would be conducted country-wide to "throw" out "ghuspaithiyas", his preferred term to talk about illegal immigrants.

This has created a huge trust deficit within the country. A large number of people, genuine India citizens, are worried that they might be treated as aliens and ghuspaithiyas just because they might not have the prescribed documents to prove their 'Indianness'. The government had thought it would consolidate the Hindu votes by playing on the fear of being swamped by illegal Muslim immigrants from Bangladesh and by granting easy citizenship to Hindu migrants from Muslim majority nations. But people have seen the NRC results in Assam where more Hindu bona fide residents have been left out and few Muslim illegal immigrants have been detected. Hence, a huge fear psychosis has gripped people all over the country, especially in West Bengal.

In the absence of clarity regarding the NRC process and the documents that would be needed, local politicians are having a field day. They have been adding fuel to the fear by listing out any and everything that the Centre might ask them to provide to prove their citizenship. Street corner meetings and door to door campaigns by regional political parties all over the country has sought to discredit the NRC (this article is not talking about the need or otherwise of the NRC) by telling the people that they might require this or that document, knowing full well that it is impossible for a large number of our people to lay their hands on such old documents. This has also resulted in an upsurge in the number of people visiting offices of corporations, municipalities and panchayats to ask for birth certificates and land records of their parents.

Even as all this was happening, the government has said that it was not going to conduct the NRC now but will continue with the updating of the National Population Register (NPR). Again, without going into the merits of the need to update the NPR, is this the right thing to do in these charges times? After what happened with the NRC and CAA, this government is not trusted by a large number of people. Anything it now says or proposes will be met with resistance. To add insult to injury, the government has designed the NPR questionnaire in such a manner that it is visible even to impartial observers as the precursor of the NRC. Rights activists have denounced it by saying that the NPR database will be used to identify suspected Muslims in the NRC exercise.

Hence, even though the government has succeeded in reducing the protests against the CAA and NRC, a new stick has been handed to the activists and the protestors by deciding to go through with the NPR update. Ideally, the government should have laid low and waited for the 2021 census. That would have given a correct picture of the religion-wise percentage of the population. It would have shown whether the fears that Muslims are swamping the country, either through illegally entering it or by having too many children, is true or not. In any case, an Indian Muslim is as good a  citizen of the country as an Indian Hindu or others. So why should there be a worry if the Muslim population is increasing at a normal rate? It is clear that the BJP is perpetuating the standard myths to pursue its divisive agenda. The Census figures would have also shown whether such illegal immigrants are changing the demography of border districts, especially in West Bengal, Assam and Tripura. But successive Census figures have shown that this is not true. Even the 2021 figures might say the same. That is why the government is in such a tearing hurry to implement both the NRC and the CAA before the Census.