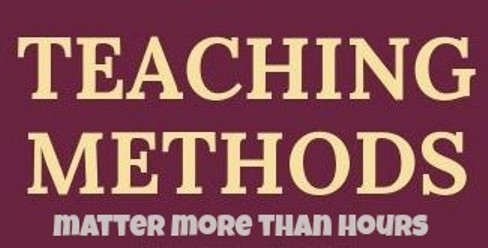 The state government in Odisha has decided to double the study time in three subjects - Mathematics, English and Science - in all government schools of the state. The Annual Status of Education Report (ASER) has been showing year after year that a majority of children in India cannot make simple arithmetic calculations and cannot read fluently despite reaching secondary level. There have been many ways educators have tried to address this problem but the results have not been heartening. Hence, the Odisha government is experimenting with increased class hours to counter this.

But it is doubtful whether this plan is going to succeed by itself. The method of teaching or the subject teacher himself is often the culprit in students not understanding a subject or not acquiring a basic proficiency in it. There are teachers who infuse life in the dullest of subjects while others can make even experiment-based subjects like science boring. Then, the Indian habit of learning by rote is responsible for introducing teaching methods that put off a large number of students. Further, Indian classrooms are not the best of places for slow learners who are never shown sympathy but derided for not being able to pick up as fast as their peers. Lastly, most teachers are more interested in identifying and recruiting slow learners for private tuition classes and never make an effort to bring them up in the class.

Doubling the teaching hours will simply double the misery for most students if teaching methods and the attitude of teachers do not change for the better. Even teachers will be irritated for having to teach subjects which the majority of the class finds uninteresting. Teachers first fail to recognize that most students are first-generation learners and come from non-literate homes and then are reluctant to make a special effort to put these children at ease. Each learning session for children from such homes is a new and wondrous experience. But it is also a frightening one. If taught with empathy and with the right methods, their minds can be ignited to delve deeper in the subject with interest. But the present teaching methods are more likely to bore them and longer hours for those subjects are likely to make them lose interest completely.