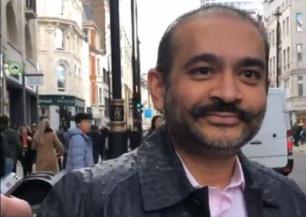 Linus tackles things head-on. He takes sides in his analysis and it fits excellently with our editorial policy. No 'maybe's' and 'allegedly' for him, only things in black and white. View all posts by this Author
As the government does what is required to be done in the normal course of governance and does it well, the opposition parties are absolutely flabbergasted. Their responses, ranging from that to the surgical strikes in Balakot to the one now on the arrest of Nirav Modi in London, are stupid, to put it mildly. They demanded proof of the surgical strikes and now they say that the arrest of Nirav Modi is just an eyewash timed to impress the voters before the general elections.

If we take the opposition response at face value, it would mean that The Telegraph newspaper of London, which first discovered that Nirav Modi was staying in a swanky apartment in one of the poshest London neighbourhood, is working for the government of India and flashed the story just before the Indian general elections so that the government could have him arrested. It would also mean that the London Metropolitan Police are also in cahoots with Narendra Modi and do his bidding. Obviously, none of this is true.

The truth is that after Nirav Modi and his uncle Mehul Choksi fled India, government agencies have been diligently doing their work. The ED had alerted Interpol by issuing a red-corner notice for them. The sum involved in the scam made it a hot topic in the media across the world. The Telegraph of London was doing its journalistic duty in reporting that a multi-billion dollar scamster from India was living in London. The police in London were doing their duty by acting on the red corner notice and arresting Nirav Modi. That all this happened just before the elections is a coincidence and not the result of collusion between a venerable British media house, a professional police force and the government of India.

Since the last few months, the opposition parties in India have moved from constructive criticism of the government to oppose just for the sake of opposing. They have started feeling that if they do not oppose each and every move of the NDA government, their very existence will be meaningless. But are the voters buying their arguments? Successive opinion polls have shown that despite the concerted efforts of showing that Modi is chor by building up a campaign around the cry chowkidar chor hai, nearly 56% of the people polled approve of Modi. The opposition is barking up the wrong tree and will hand a comprehensive victory to Modi because they are disunited and have not read the mood of the people correctly.