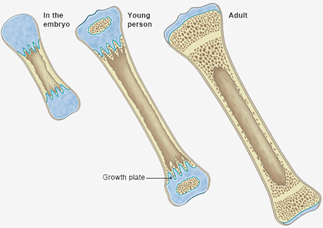 Editor-in-Chief of indiacommentary.com. Current Affairs analyst and political commentator. Writes for a number of publications. View all posts by this Author
The Supreme Court has rejected ossification test as being a conclusive proof of age in the case Mukkarab vs State of U P. The court was of the opinion that it cannot take an ultra technical view as even medical science provides for a two year leeway on either side in such tests. The court said that age determination is essential to find out whether or not the person claiming to be a child is below the cut-off age prescribed for application of the Juvenile Justice Act. The issue of age determination is of utmost importance as very few children subjected to the provisions of the Juvenile Justice Act have a birth certificate. As juvenile in conflict with law usually do not have any documentary evidence, age determination, cannot be easily ascertained, specially in borderline cases. Medical examination leaves a margin of about two years on either side even if ossification test of multiple joints is conducted. Time and again, the questions arise: How to determine age in the absence of birth certificate? Should documentary evidence be preferred over medical evidence? How to use the medical evidence? Is the standard of proof, a proof beyond reasonable doubt or can the age be determined by preponderance of evidence? Should the person whose age cannot be determined exactly, be given the benefit of doubt and be treated as a child? In the absence of a birth certificate issued soon after birth by the concerned authority, determination of age becomes a very difficult task providing a lot of discretion to the Judges to pick and choose evidence. In different cases, different evidence has been used to determine the age of the accused.

The Court then cited two cases, Arnit Das vs State of Bihar and Rajindra Chandra vs State of Jharkhand & Anr where it was said that courts should not take a hyper-technical view and after examining evidence, should depend on degree of probability rather than proof beyond reasonable doubt. It also said that in case of two views, the courts should pass the benefit of the doubt to the juvenile. The court also said that since the Juvenile Justice (Care and Protection of Children) Act, 2000 does not prescribe a fixed criterion to determine the age of a person; the position was summarized by a three judge bench of the apex court in the case Abuzar Hossain alias Gulam Hossain vs State of West Bengal. The court had then said that:

For making a claim with regard to juvenility after conviction, the claimant must produce some material which may prima facie satisfy the court that an inquiry into the claim of juvenility is necessary. Initial burden has to be discharged by the person who claims juvenility.

As to what materials would prima facie satisfy the court and/or are sufficient for discharging the initial burden cannot be catalogued nor can it be laid down as to what weight should be given to a specific piece of evidence which may be sufficient to raise presumption of juvenility but the documents referred to in Rules 12(3)(a)(i) to (iii) shall definitely be sufficient for prima facie satisfaction of the court about the age of the delinquent necessitating further enquiry under Rule 12. The statement recorded under Section 313 of the Code 7 too tentative and may not by itself be sufficient ordinarily to justify or reject the claim of juvenility. The credibility and/or acceptability of the documents like the school leaving certificate or the voters list, etc. obtained after conviction would depend on the facts and circumstances of each case and no hard-and-fast rule can be prescribed that they must be prima facie accepted or rejected. In Akbar Sheikh (2009) 7 SCC 415 and Pawan (2009) 15 SCC 259 these documents were not found prima facie credible while in Jitendra Singh (2010) 13 SCC 523 the documents viz. school leaving certificate, marksheet and the medical report were treated sufficient for directing an inquiry and verification of the appellants age. If such documents prima facie inspire confidence of the court, the court may act upon such documents for the purposes of Section 7-A and order an enquiry for determination of the age of the delinquent.

An affidavit of the claimant or any of the parents or a sibling or a relative in support of the claim of juvenility raised for the first time in appeal or revision or before this Court during the pendency of the matter or after disposal of the case shall not be sufficient justifying an enquiry to determine the age of such person unless the circumstances of the case are so glaring that satisfy the judicial conscience of the court to order an enquiry into determination of the age of the delinquent.

The court where the plea of juvenility is raised for the first time should always be guided by the objectives of the 2000 Act and be alive to the position that the beneficent and salutary provisions contained in the 2000 Act are not defeated by the hypertechnical approach and the persons who are entitled to get benefits of the 2000 Act get such benefits. The courts should not be unnecessarily influenced by any general impression that in schools the parents/guardians understate the age of their wards by one or two years for future benefits or that age determination by medical examination is not very precise. The matter should be considered prima facie on the touchstone of preponderance of probability.

Hence, in the instant case, the court opined that despite the ossification test putting the current age of the accused in a range that could make him a juvenile at the time he was alleged to have committed the crime, it could not be taken as conclusive proof. Exercising its discretion, the court refused to consider the accused as juvenile and ordered that he be treated as an adult for legal purposes.