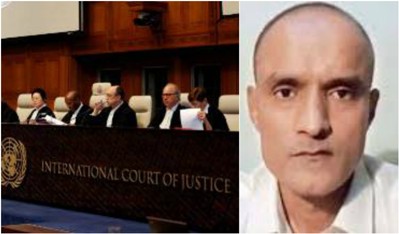 Pakistan Asked To Be Fair To Kulbhushan Jadhav

Pakistan Asked To Be Fair To Kulbhushan Jadhav

Both India and Pakistan can claim to have won in the Kulbhushan Jadhav case in the International Court of Justice as the court issued a balanced order. But after a proper reading of the order, it becomes clear that barring annulment of Pakistan's military court proceedings that ordered Jadhav's execution on charges of spying, the ICJ has agreed to most of India's pleas. It is obvious that annulment can only be ordered if the order for execution stands after Pakistan reviews the decision as per the present ICJ order, allows consular access and proper legal representation to Jadhav during the review proceedings and if the ICJ finds it improper after such review.

It was India's contention that Pakistan had not followed due process in the Jadhav case by denying India consular access to the accused, by not allowing legal representation to the accused and by rushing through the proceedings. The ICJ concurred on all counts and directed that the execution be stayed, consular access be granted to India and the order to execute Jadhav be reviewed by Pakistan. It is not legally feasible to obtain an annulment order without giving the ordering authority a chance to set things right by reviewing its order. Hence, India's plea to annul should be viewed as a standard drafting procedure and arguments in regard to that will come later.

It is now up to Pakistan to ensure a fair trial for Kulbhushan Jadhav. Since the eyes of the entire world will now be focused on what it does next, Pakistan cannot assign the case to a military court once more where no outsiders are allowed. It will now have to get the case heard in a proper criminal court as per the Constitution of Pakistan. It will have to allow India consular access to Jadhav. It will also have to allow lawyers to represent Jadhav during the trial. A summary review will not do now. Any attempt to avoid the rule of law will prompt India to approach the ICJ again. The ICJ may then choose to annul the execution order and ensure that Jadhav is returned to India.