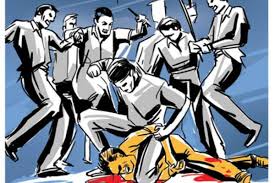 Political Will Needed For Law Against Mob Lynching To Be Effective

Political Will Needed For Law Against Mob Lynching To Be Effective

Uttar Pradesh has become the first state in India to draft a law against lynching. The UP State Law Commission has submitted the Uttar Pradesh Combating of Mob Lynching Bill (2019) to the state government. Recognizing the gravity of the crime, the bill proposes imprisonment of up to 10 years for serious injuries and for life for death resulting as part of any mob lynching. It also proposes stringent fines for perpetrators and for those involved in planning and abetting such crimes. The bill also recognizes the partisan role that the administration and the police sometimes play in such situations and proposes to criminalize "dereliction of duty" on their part.

India's experience with crimes of mob lynching and other acts of terror shows that criminals involved are often not brought to book because of political pressure. Even if the perpetrators are identified and arrested due to public and media pressure, the prosecution often dilutes the case and it does not stand scrutiny in courts. Most such criminals are let-off for want of evidence. Hence, it is necessary that the bill incorporates ways in which CCTV footage and other electronic or digital evidence can be termed to be conclusive to prove the charge. For, in such cases witness intimidation is rampant and witnesses turn hostile to weaken the prosecution's case.

The bill is welcome and should be passed as soon as possible after public debate and after incorporating amendments suggested by experts. The final draft should be widely publicized and adopted by other states. But that will only be the first step. India has many laws that are designed to punish wrongdoers for a wide range of criminal activity. But often, political will is sadly missing in pursuing even serious cases. If the political colour of the politicians ruling the state matches with that of those who commit the crime, it is often condoned and many times overlooked. Hence, mob lynching can only be eradicated if there is a political will to punish the perpetrators irrespective of their political or ideological affiliations.