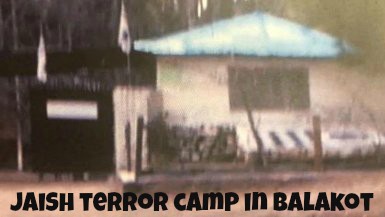 Proof of Strikes: One Opposition Leader In Each Fighter Plane Next Time

Proof of Strikes: One Opposition Leader In Each Fighter Plane Next Time

Editor-in-Chief of indiacommentary.com. Current Affairs analyst and political commentator. Writes for a number of publications. View all posts by this Author
Three clear opposition narratives are emerging from the recent stand-off with Pakistan. In the first, the opposition parties, led by some leading lights who fancy their chances to be prime minister if Modi is defeated, are not taking the governments and the armed forces word about what happened in the air strikes and are demanding proof. In the second, the parliamentary standing committee attached to the MEA, chaired by Shashi Tharoor of the Congress, is demanding that India explain its position to countries across the globe. Finally, in the third, Imran Khan is being hailed as a statesman who averted war with his so-called gesture of peace while Modi is being painted as someone who wanted war.

Can proof ever be provided for what happened in the air strikes at Balakot? It is childish to even demand one. The army had intelligence reports and satellite pictures that confirmed the existence of a five-star training facility of Jaish-e-Mohammed at a hill-top in Balakot. These pictures have been shown on Indian TV and published in Indian newspapers and magazines. This input was further verified from local sources. More specifically, there were intel inputs that there would be a congregation of top trainers and other Jaish commanders at the facility to celebrate the Pulwama suicide bombing and plan something even bigger. It was reported that there would be more than 300 people at the facility at that time. If such information is received and independently verified by the armed forces from their reliable sources, should India sit idle? Should it let perpetrators of violence, mayhem and death plan their evil designs unchecked, especially when the nation in which they are located refuses to act on evidence and supports and shelters them?

India decided to strike with coordinate-locked and laser-guided bombs from combat aircrafts. The IAF jets carried out the mission with precision and returned unharmed. But the opposition leaders want proof. Should permission have been acquired from the Pakistanis to send our OB vans to Balakot and other locations in advance for live telecast of the event? Or should HD video cameras have been fitted on the nose of combat aircrafts to record the bombings? The best way to silence these politicians would be to offer them a ringside seat in such combat aircrafts the next time such a mission is executed. Each aircraft can carry one opposition leader so that he or she can get a first-hand view of how the operation was carried out. Perhaps these leaders can even give a running commentary from the planes to enlighten the nation.

As for the parliamentary standing committee attached to the MEA, does it seriously believe that India has not explained its position and the reason why it had to strike at Balakot on the given day? How else does it think that major countries, including Pakistans biggest supporter China, have not condemned the air strikes? Foreign Minister Sushma Swaraj is reported to have talked with her counterparts in most important countries of the world immediately after the strikes. Obviously, she did not talk about the weather. That she has successfully explained India's position is evident from the fact that Pakistan stands isolated. Most nations have supported Indias stand and have called on Pakistan to act against the terror factories that exist on its soil.

Finally, when Imran Khan grandiosely announced in Pakistans National Assembly that his country would release Wing Commander Abhinandan as a gesture of peace, the usual suspects in India, including some Kashmiri politicians and one Congressman who is Imrans friend, lauded him and called him a statesman, giving Pakistan such a boost that the country is now reportedly thinking that Khan should get the Nobel Peace Prize this year. Did these politicians not realize that Khan and Pakistan had no other option? Having signed the Geneva Convention Pakistan had to release Abhinandan. Khan just tried save face by terming it a gesture of peace. It could have gone for muscle flexing or even a misadventure if even some countries had supported it. But when it found itself isolated, it tried to save face by trying to pass it off as a peace gesture. In fact, if he had not released the captured pilot, India could have taken it as an act of war and Khan knew what it would have led to.

The opposition is accusing Modi of politicizing Pulwama and the air strikes for petty electoral gains which he might be doing to some extent. But by indulging in such low-level tactics that undermine India's position and gives fodder to the enemy, is the opposition trying something different?