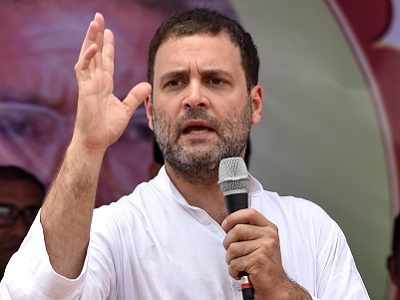 Editor-in-Chief of indiacommentary.com. Current Affairs analyst and political commentator. Writes for a number of publications. View all posts by this Author
Without alleging that Rahul Gandhi chose a second seat to contest the Lok Sabha polls as he was scared of a defeat in Amethi and even after accepting the Congress' explanation that it was chosen to reinforce the party's national footprint, the choice of Wayanad in Kerala is difficult to understand. In Wayanad, Rahuls principal opponent will not be the BJP, the party he seeks to oust from the Centre. By choosing to fight the Left in Kerala, which itself is fighting for existence and had hoped to bring in decent numbers from Kerala, the Congress and Rahul Gandhi have further jeopardized opposition unity.

The biggest stumbling block in a united fight against the BJP seems to be the fact that many parties that vehemently oppose the BJP are also opposed to each other. Some of these, like the Congress and the Left, are strong opponents in several states while they talk of unity at the national level. Once Rahuls candidature was announced, the CPM came down heavily on the Congress and vowed to defeat him. It is another matter for the state Congress to oppose the Left in Kerala. But Rahul candidature has upped the game and the Left naturally considers it as an act of 'war'. Does this sound good for opposition unity if there is a hung parliament? If the Left puts it across Rahul Gandhi in Wayanad, will he be in any mood to talk about government formation with the Left? On the other hand, if Rahuls presence in Kerala revitalizes party workers and results in losses for the Left, will they entertain Congress overtures after the polls?

Ideally, Rahul should have picked a seat in Karnataka. But since the coalition with the JD(S) in the state is not very strong and since the BJP has an equally strong presence in the state, perhaps a safe seat was not found. Whatever the reason for choosing Wayanad, the Congress has allowed both the BJP and the Left to go after it. The BJP will go to town in Amethi alleging that Rahul has run away as he was scared of defeat. The Left will allege in Wayanad that the Congress is not serious in fighting the BJP and has hence come to fight the Left. Further, despite the Congress winning the seat in 2009 and 2014, it is by no means a very safe seat for the party. Trust the Congress to always go for the worst-case scenario in any given situation.