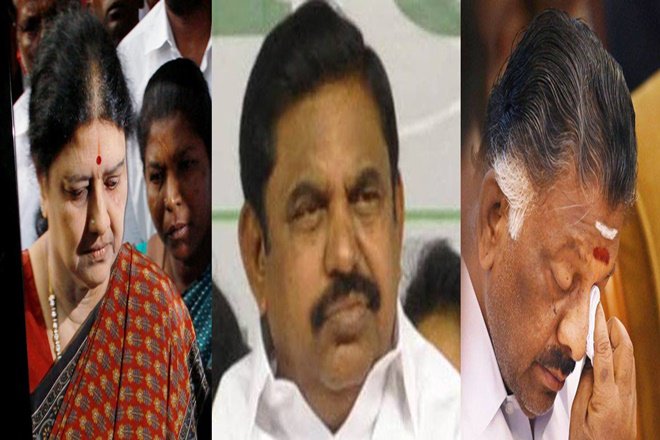 Sasikala: The Vessel of Sins Overflows

Sasikala: The Vessel of Sins Overflows

Editor-in-Chief of indiacommentary.com. Current Affairs analyst and political commentator. Writes for a number of publications. View all posts by this Author
The vessel of sins overflows one day (although the English translation of paap ka ghada ek din bharta hi hai is sounding absurd). Sasikala (and Jayalalitha) both stand indicted in the disproportionate assets case after the Supreme Court judgment. Although Jaya is no more, Sasikalas ambition of being Tamil Nadu chief minister as Jayas heir apparent lies shattered. She cannot be a legislator, hence she cannot occupy the coveted chair. Sasikala spent a fortune (although peanuts for a lady of her means), over Rs 1 crore at a conservative estimate, in trying to keep the flock together at a fancy resort near Chennai but got mocked when the judgment was out.

Not to be outdone, she has suspended O Panneerselvam and 17 others from the primary membership of the AIADMK party and has got a puppet, E K Palaniswami elected as the new leader of the legislative party. The rebels have in turn questioned Sasikalas authority to expel them from the party. Going by the crowds turning up at Pannerselvams residence after the court verdict, it is not going to be easy for the Sasikala group to usurp power. AIADMK is either going to go Panneerselvams way or is going to split. Maybe it will split even if Panneerselvam gets majority support. For, Sasikala had, in her bid to assume Jayas mantle, made many enemies including in Jayas family. With her out of the way, small coteries are going to emerge. Even the opposition parties will have a field day. But in the end, the one leader who can promise the maximum rewards to these coteries to align them with him is going to take the chair.

Tamil Nadu is going to witness a free for all in the coming months. It is also not certain that anyone who wins now will be able to form a stable government. For, minus Jaya and Sasikala, the pulls and pressures will magnify in the AIADMK. Many leaders sport king-sized egos which they had kept hidden because of Jaya. They were willing to accept Sasikala as the neutral candidate and she had learnt enough from Jaya to play them against each other for her own benefit. But now these egos are going to clash fiercely to prevent anyone from ruling with any degree of authority. Pannerselvam or Palaniswami doesnt matter. What matters is the person who can manage to keep a leash on these small leaders and wins their confidence.