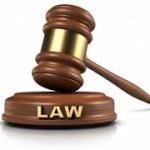 SC On Kashmir: Indefinite Suspension Of Internet Is Not Permissible, Periodic Review Mandatory

SC On Kashmir: Indefinite Suspension Of Internet Is Not Permissible, Periodic Review Mandatory

The Supreme Court has asked the Jammu & Kashmir administration to review all curbs that were placed in the state within a week. Calling the use of internet services for freedom of speech and trade and commerce a fundamental right under Articles 19(1)(a) and 19(1)(g), the court said that continued suspension of the same was neither permissible nor desirable. The court also said that any restriction on such a right can be placed if it is in "consonance with the mandate under Article 19 (2) and (6) of the Constitution, inclusive of the test of proportionality (para 152(b))".

But it should be noted that nowhere in its order did the court say that the restrictions were unconstitutional or the government acted in a highhanded manner. Nor did it say that access to the internet was a fundamental right. The court just explained that the suspension of such services can always be done under the Temporary Suspension of Telecom Services (Public Emergency or Public Safety) Rules 2017 in the case of "public emergency" and "in the interests of public safety".

However, the court said that an indefinite suspension of internet services was not permissible under the Suspension Rules. There has to be a periodic review and if the government deems fit to continue with the suspension for a further period, it must comply with the provisions of the said rules. It directed the administration to review the curbs within a week and then decide if restriction needed to be extended. The court also said that if the period of restriction was to be extended further, it should be done as per the conditions laid down in this order. It, however, asked the administration to restore the internet in the state for government websites, localized banking services, hospitals and other essential services.

As the court commented that its concern was limited to "find a balance regarding security and liberty of people", this order did a fine balancing act of reminding the government that it did not have the power to keep the restrictions in place without a periodic review without delving into the political intent behind the orders. The order for reviewing the situation and acting accordingly was in keeping with the law.

But has not the government done exactly that? It has periodically reviewed the situation and lifted restrictions in phases by allowing fixed-line telephony, mobile services (without SMS and internet) and relaxation of curfew and withdrawal of Sec 144 from most areas of the state. It later restored SMS services too. It will now either extend the restriction on internet services or allow them after reviewing the situation.

It must be noted that the court has clearly said that expression of dissent or disagreement with a government policy or decision cannot be a reason for internet suspension. It also said that the decision to suspend the internet is open to judicial review and any government order suspending the same must give detailed reasons for doing so to enable aggrieved persons to challenge the order.