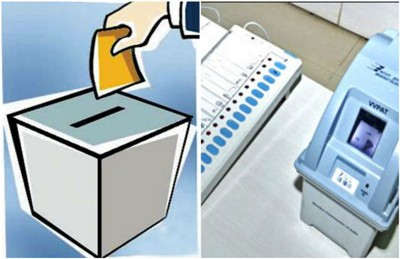 Should We Go Back To The 'Paper' Age?

Should We Go Back To The 'Paper' Age?

Chief Election Commissioner (CEC) Sunil Arora was accosted by journalists in Kolkata and asked whether there will be a return to paper ballots as demanded by several opposition parties, including the Trinamool Congress of West Bengal chief minister Mamata Banerjee. The CEC cited several Supreme Court decisions which categorically stated that paper ballots were our past and said that the commission had no plans to replace the Electronic Voting Machines (EVMs) with paper ballots.

Even without any direction from the Supreme Court, it is a simple fact that a nation should always move ahead. The opposition parties want India to go back in time. Their reasons for the same are also not very convincing. They cite two main reasons for their demand for scrapping the EVMs. First, they say that developed countries like the UK and the US, where almost the entire population is literate, had used and discarded the technology and hence there is no reason why a country like India, where more than half the population is illiterate, should continue with it. Then, they say that since EVMs are prone to hacking, the results can be manipulated in favour of a particular party or candidate.

Before citing the example of the US and the UK, the opposition parties should have taken a look at their population. The US had only 33.72cr people and the UK only 6.6cr in 2018 whereas Indiaâs population stood at 133.92cr in 2017. It is easy for them to conduct a paper ballot election given the small size of their population. In India, the paper ballot system was heavily rigged and suffered from a number of logistical problems. Booth capturing, forcibly stamping ballot papers and other criminal activity were rampant and that was the main reason why EVMs were developed and put into use. If we go back to that system, we would also encourage a return of all the criminal activities.

As for the allegation that EVMs can be hacked, yes, certainly they can be hacked. Any technology is prone to hacking but the question is: are the EVMs being hacked for gain by ruling parties as alleged by the opposition? The opposition parties have alleged that the landslide victory of the NDA in 2019 is mainly due to the fact that they hacked the EVMs. But this is not true and the opposition has not provided an iota of proof other than bringing some people to show how the machines can be hacked. The level of hacking operation alleged is not possible without the connivance of a huge number of people. Just one disgruntled whistleblower could have revealed all and the media snoops would have made it happen if there was any truth in the allegations.

The entire banking system in India has converted to core banking system connected on the internet. All bank branches are linked to the central server of the bank which in turn is linked to the servers of the RBI. The entire system is prone to hacking. So should we revert to the handwritten, bahi-khata system of accounting? Should we junk technology just because it is prone to hacking? Instead of suggesting checks and balances (the VVPAT being one) and making the system robust, the opposition parties want to return to paper ballots just on the assumption of hacking. Yet, they have not answered the main question: if the BJP wins by hacking EVMs, how did it lose in Punjab, Rajasthan, Madhya Pradesh and Chhattisgarh and almost lost in the prestigious Gujarat assembly polls? Given the increasing penetration of mobile phones, we should think of enabling mobile-based, password-protected (after voter verification through his details like Voter's ID number) voting system linked to the server of the Election Commission instead of going back to the âpaperâ age.