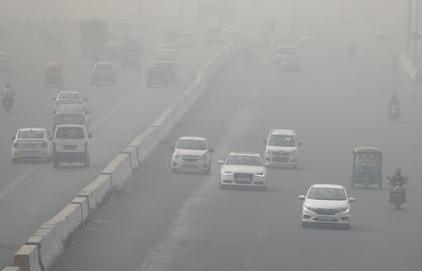 Editor-in-Chief of indiacommentary.com. Current Affairs analyst and political commentator. Writes for a number of publications. View all posts by this Author
One doesnt know whether it is ignorance, deliberate hiding of facts or plain simple stupidity, but what environment minister Harsh Vardhan has said regarding the alarming level (10X than what is acceptable) of air pollution in Delhi is highly regrettable. Being a doctor, Harsh Vardhan should know better. Air pollution is a big killer as it chokes people, makes breathing difficult and poisons the lungs, both in short and long term, giving rise to chronic respiratory problems and eventual death.

The job of an environment minister is to identify the cause of the problem and take measures to rectify the situation as early as possible, permanently if it can be done. Instead, we have a minister who acknowledges the problem but plays down its detrimental effect on the people. What kind of signal will this send to the bureaucrats in the ministry? They will simply stop working to solve the problem and parrot the minister by saying that it is no big deal and will go away after winter.

While Harsh Vardhan may have a point when he says that it is not correct to pin down all deaths or even a number of deaths solely to air pollution, conversely it is also true that one cannot say that these deaths were not due to air pollution. Strangely, his response to air pollution now has been diametrically opposite to what he said in a similar situation in 2015 when he was not the environment minister. Then, he had called it a silent killer. Now he disputes the figures and calls the threat overblown. Since the problem is now under his watch, the minister finds the threat has diminished. How convenient!

Politicians must come out of their protected environment  air-conditioned home to similar car to similar office and feel the problems being faced by the common people. One hopes the minister will roam about on the streets of Delhi for just three days. One can bet that he will then realize that even if one disputes the death figures, one can be certain that the thick smog is a dangerous health problem. Then he will perhaps sit down and do something about vehicular pollution, construction activities and crop residue burning, among other things, all of which in part contribute to make Delhi a living hell during the winters. The earlier he does so, the better.