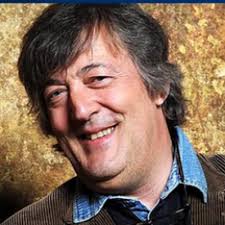 Standing Ovation to This Man at Jaipur LitFest

Standing Ovation to This Man at Jaipur LitFest

Tisha has 23 years of field and bilingual work experience across media platforms. She specialises in human interest stories. View all posts by this Author
Indians gave a standing ovation at the Jaipur Literature Festival to this man

Who is this man?

Stephen Fry is not really well known in India, you might think. Either for his comedy or his many artistic hats. As a resident of the UK, nor is he known as an active LGBT activist with an Asian presence. But something seems to have come together on a January 2016 morn, something as cosy and gentle as a Jaipuri rajai (or dohar/quilt) Because his session at the âworldâs largest free lit-festâ got a standing ovation, twice. In many of the festival reviews which followed, this session gets a mention. The sessionâs video is now available, for you to see why.

What clicked with Indians?

While Indian society maybe seeing a generation gap with the young often actively supporting LGBT rights and the conservative elderly rejecting it, here was a gay man who stood up to speak of another gay man from more than a century ago. One who figured in English Literature undergraduate courses in India too. In a great combination of a personal connect and pure literary joy, Stephen Fry stood for an hour to deliver a lecture on Oscar Wilde. It is this back and forth between the personal and the literary, between the natural and the oratory, between anecdote and quote which showed immediate promise. Something between discovery, rebellion, love and standing up for yourself. (Fry was visiting Jaipur with his husband evidently)

Fry spoke of himself as a young boy in a cut off small town (hinting wryly that the distances may differ between Indian small towns and opportunities in comparison to 60s England) and how a passing librarianâs truck introduced him to a writer called Oscar Wilde. Each incident became almost like a magically retold nana-nani ki kahaani (grandmaâs tale). Of how a young boy finds his own thoughts echoed in another's powerful words.There is mention of bullying. Of how Victorian England seemed not very different from conservative India. Of how excellence is admired in Oscar and brings him fame. And expectations to conform with the elite. And when he breaks norms, how the same society which recognised his literary brilliance, puts him into prison. Breaks him. Or tries.

The hero who dies in the end. But does he?

But his works are still well remembered, long after he is gone in 1900. In a riveting conclusion, Fry shares how his grave had to be jointly redone recently, since the outer wall had wearied by the thousands who had kissed it. Somewhere, in that sharing he brought us back to our time. He had become a rebel voice who seemed to connect with those who were lonely, rebellious or speaking out now. An Indianâs emotional connect with the underdog is often well oiled by cinema. An echo of our own struggles, while navigating some societal norm or the other. But to find this connect with a man long dead, from another century and a foreigner needed an orator - echo. Stephen Fry was possibly that echo who brought a human being alive to the Jaipur audience. A human being with possibilities, struggles, victories, losses, yet a brilliance which societies may try hard to diminish, but something leaks through time.

Connecting with a different audience

At a literary festival, what is a more appropriate leakage than a brilliant lecture introducing a brilliant mind, who seemed way ahead of his time? Most festival goers seem to agree that these festivals are great for young people to listen directly to authors and ideas. But, if you watch the video, there seems to be a twist in the tale. It is the young who seemed to ask the most intelligent questions. Observations too. Q.E.D â When a connect happens, a standing ovation becomes a gracious, spontaneous response, right?

More about Stephen Fry on his official site here