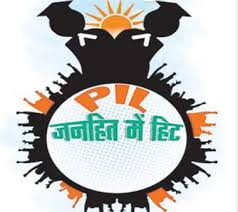 Editor-in-Chief of indiacommentary.com. Current Affairs analyst and political commentator. Writes for a number of publications. View all posts by this Author
Image courtesy: Jagran

Prashant Bhusan is an activist lawyer. He runs the NGO Centre for Public Interest Litigation (CPIL). His outfit has become the most sought after organization for people wanting to file PILâs. While this has kept him in the limelight and made him famous, it has also brought upon him a huge responsibility. It is doubtful whether the NGO or Prashant Bhusan himself makes any effort to fulfill the responsibility, or whether it is capable of doing so. In the absence of such efforts, the very fact that it keeps on filing one PIL after another has made the Supreme Court question itâs bona fide.

Specifically, the Supreme Court has asked the CPIL whether it has a committee which scrutinizes the various complaints it receives and allows only those it considers genuine to be converted into PILâs. The Court went on to observe that given the fact that CPIL files many PILâs where it questions government contracts, it is quite possible that rival corporations can initiate those cases, although the grounds appear of public interest. It went on to say that the CPIL should not become a proxy litigant or a front for settling corporate rivalry or personal vendetta.

The Supreme Court has raised valid concerns. While it is true that lawyers specialize in different streams of law so there is nothing wrong if Bhushan specializes in PILâs. But it is also true that PILâs are a very cheap source of initiating legal proceedings and must be available only to the common man on issues of national interest. Further, the litigants can hide behind an organization to initiate such proceedings. In comparison, civil or criminal cases are very costly and the litigant has to disclose his name as plaintiff. So there is always the chance that corporations or even individuals can initiate PILâs through an NGO to escape personal identification and avoid court and legal expenses.

On PILâs, the Court has also decreed that once PILâs are filed and heard, they cannot be withdrawn. It was reacting to the appeal of the lawyer who had filed the PIL for getting women to enter Sabarimala shrine. Naushad Ahmad Khan, the lawyer concerned submitted before the court that he had received over 300 death threats. The Court opined that it would appoint an amicus curiae to assist the it in case the lawyer is forced to withdraw, but the PIL itself cannot be withdrawn. This should make people stop the practice of threatening lawyers who file PILâs.

Public crusades are beneficial for society only if they are genuine. With his huge experience as a PIL lawyer, Bhushan should have had a system in place which could separate the grain from the chaff. The first red flag should be a litigant who has huge evidence with him in form of papers which are difficult for a common man to lay hands on. This should immediately alert lawyers filing PILâs that there are extraneous forces who are supplying these papers. One is sure there are many other red flags which experienced lawyers can spot easily. Bhushan and others who specialize in filing PILâs should note that with Supreme Court getting stricter, they will have to work more on their cases before bringing them up before the bench.