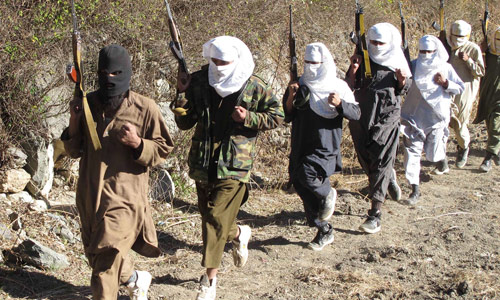 Editor-in-Chief of indiacommentary.com. Current Affairs analyst and political commentator. Writes for a number of publications. View all posts by this Author
The Pakistani government continued its stance of denying the surgical strikes by India. It took the foreign media on a tour of PoK to show all was well and India was lying. But since many days had lapsed between the strike and the tour, it was of no importance as evidence was destroyed by then. There were reports that after the strike, the Pakistanis had shifted the militants to army camps. In any case, with the glare of the world media on Kashmir, the Pakistanis are not stupid to take the media in an area where terror camps exist. The Pakistani media also reported that the NSAs of the two countries had spoken over phone and had agreed to reduce tensions, but this was not confirmed by India.

But despite all this, terrorists struck again at an army camp in Baramulla district of Jammu & Kashmir. In the ensuing gun-battle, several BSF jawans were injured. The terrorists escaped in the cover of darkness. It was reported that they came to the camp by crossing river Jhelum on a boat. Pakistan is smarting under the impact of the surgical strikes and its response will be along expected lines. It will increase the frequency and ferocity of ceasefire violations along the LoC. It will send more infiltrators to India to attack army camps in J & K. It will activate sleeper terror modules in the rest of India and ask them to strike at pre-determined targets. It will continue with its proxy war.

India will do well to not let the momentum built up after the surgical strikes on terror camps to lapse. Pakistan, already isolated in the world community, should be continuously exposed. The videos of the surgical strikes, to the extent that they do not expose confidential military strategy, should be made public at an opportune time to nail their denial. India should make arrangements to draw its full quota from the Indus river network. That will trouble Pakistan without any clause of the treaty being broken by India. A regional alternative to SAARC without Pakistan should be explored.

The Indian army has already asked the government to allow a six-month plan to keep striking at terror camps across the LoC to complete the operation started recently. It demands this as it feels that a one-off mission has just symbolic meaning. If India is really interested to secure its borders against infiltrators, a sustained campaign that annihilates the terrorists needs to be conducted. The government should weigh the pros and cons of this demand and decide accordingly without delay.