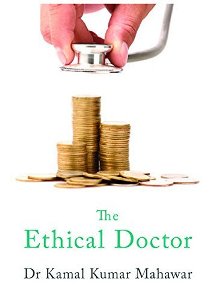 Editor-in-Chief of indiacommentary.com. Current Affairs analyst and political commentator. Writes for a number of publications. View all posts by this Author
A lot is happening in the healthcare sector in India and much of it is not good. The Medical Council of India (MCI) was taken to task by the parliamentary standing committee on health which recommended that the Act should be amended to bifurcate the body, with one wing managing the regulatory aspect and the other the administrative and educational. Doctors are increasingly coming under the glare of regulatory authorities for accepting bribes from drug companies and diagnostic centres. Medical colleges are dishing out sub-standard education. Self medication is making Indians resistant to antibiotics. Drug companies are resisting government efforts to control drug prices and make stringent rules on sale of prescription drugs across the counter in pharmacies. Doctors are resisting the efforts of the government to make them write generic chemical names of the drugs in prescriptions.

Against this background comes a book  The Ethical Doctor, by Dr Kamal Kumar Mahawar, that examines the ills of the Indian healthcare sector topic-wise in well laid out chapters. Dr Mahawar had studied medicine at the Calcutta Medical College and did his post-graduation at PIMER, Chandigarh and University of Liverpool. He is presently Consultant General and Bariatric Surgeon with the NHS in UK. The book starts by explaining the Hippocratic Oath, both the original and its modern avatars. The author argues that despite other professionals also performing equally important work, doctors have imposed upon themselves a higher bar of conduct to earn the trust of the patient as healing is more than just curing diseases. But he is critical of the oath prescribed for Indian doctors by the MCI which he calls comical which no doctor can ever hope to adhere to in totality. He then goes on to examine how doctors are not gaining this trust due to all the ills affecting the system. He talks about the cuts and commissions the doctors receive from drug companies and appliance manufacturers and from diagnostic centres for which they prescribe unnecessary tests. He talks about the touts, the organ trade and the exploitation of the poor and the vulnerable. He devotes a full chapter to study the quacks who masquerade as doctors in the rural areas and sometimes even in cities and towns.

Dr Mahawar also talks about the woeful service in the public sector and the overpriced healthcare provided by the private sector. He then trains his guns on the role of the regulators, the MCI and others like the Drugs Controller, the Pharmacy Council of India and the Indian Nursing Council, in failing to provide the nation with ethical doctors and medical colleges that can produce them, effective and reasonably priced drugs and trained medical professionals. He also laments that most medicines in India are dispensed like groceries by low paid workers with no real knowledge of pharmacy. In doing so, he informs the reader about how healthcare is managed in the rest of the world.

Dr Mahawar then enumerates ways that can make India improve its healthcare sector. He suggests that the MCI be reformed radically and provides a complete list on what can be done. He suggests that a Clinical Excellence institute be established and an effective, autonomous and independent regulator be appointed to oversee clinical establishments. He advises that the government increase healthcare spending and be proactive in establishing more and better medical colleges, overhaul Primary Health Centres and incentivize opening clinical establishments in areas where private sector finds it unprofitable, among many other sensible suggestions. But Dr Mahawar sounds a warning that these suggestions are interdependent and implementing them selectively may prove counterproductive. The Ethical Doctor is a must-read for all those who are associated with the medical profession. Even for the general reader, it will provide many insights on how the healthcare system works in the country, especially as the common man in India is becoming disenchanted with the quality of healthcare being provided to him, both in government and private hospitals. The conclusion one draws from the book is that more than an ethical doctor, what society needs is an ethical healthcare system. Given the fact that the one in India is steeped in corruption and malpractices at all stages, it remains to be seen whether systemic changes will be brought about by the government and, more importantly, whether these changes will be accepted and put in practice by all stakeholders.

The Ethical Doctor by Dr Kamal Kumar Mahawar. Published in India by Harper Collins India. Price Rs 350. Available at all brick and mortar and online stores.