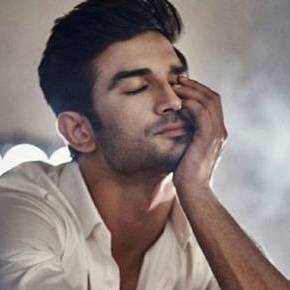 The Investigations Into Sushant Singh Rajput's Death Will Reveal Many Things

The Investigations Into Sushant Singh Rajput's Death Will Reveal Many Things

When the news was flashed that Sushant Singh Rajput had been found dead at his home, I was shocked. Unnatural death is always disconcerting and when a successful and much-loved actor allegedly takes his own life, it pains his fans no end. Reports first said that Rajput was under depression and had committed suicide. That theory still stands, but a lot of other elements have been added.

It is being speculated that Rajput was pushed to that state where he had no other option but to take his life by people who connived to either deny him roles or got him thrown out of films he had signed. Then there is the angle of his girlfriend Rhea Chakraborty. It is being alleged that she was also harassing Rajput. Chakraborty has said that she was staying with him until June 8th and had left thereafter. There are also allegations of financial dealings between the two but Rajput's chartered accountant has said that monetary transfers were not made to Chakraborty. That does not prove anything as cash could have been paid under pressure which would not be known to anyone.

In the meantime, the Mumbai police have been questioning some big names in the film industry to find out whether professional rivalry, nepotism and favouritism had denied Rajput the opportunities that should have otherwise come to a talented and successful actor like him and abetted his suicide. On the other hand, Rajput's father has filed an FIR in Patna accusing Rhea Chakraborty of abetting his son's suicide by torturing him mentally and fleecing him financially. There have also been attempts to get the case transferred to the CBI but that has not been allowed by the SC.

Whatever is the outcome of such investigations and allegations, the sad fact is that a talented and successful life was snuffed out in its prime. One thing is clear, Rajput was not murdered - he took his own life. The investigations will only reveal the circumstances that forced him to take the ultimate decision. Hopefully, they will also draw the society's attention on the need to focus on mental health. It will also throw up interesting questions about support from family and their role in helping people suffering from depression.