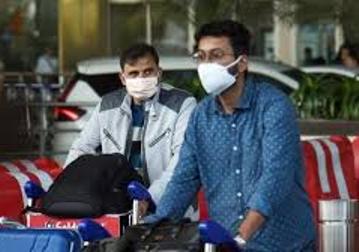 The government is taking all steps to ensure that Covid-19 does not enter the third stage of its transmission. In the first stage, the virus first finds an epicenter and spreads rapidly. Since it is localized, it is comparatively easy to contain, like it appears to have been done in China after the initial blunders. In the second stage, the virus spreads to distant lands as infected people travel outside the epicenter and then they infect others in those countries. If the infection is not discovered in time and corrective action is not taken rapidly, the transmission enters the third, and potentially the most dangerous, stage where community transmission starts and large areas are infected, like it appears to have happened in Europe, more particularly in Italy and some other countries.

India is now battling the spread of the virus in its second stage. Dr. Balram Bhargava, the director-general of Indian Council for Medical Research (ICMR) has said that given the number of positive cases of novel coronavirus that are coming up in India (as also the two deaths already reported), the country has 30 days to halt the progress of Covid-19 from the second stage to the third stage. The Central government and most state governments have taken drastic action, as befits the situation. They have advised organizations against holding mass gatherings. Hence, many sporting events have either been canceled, postponed or will be held in empty stadiums. The Centre has today declared coronavirus a "notified national disaster". Many states have issued directives to shut down schools, colleges, theatres and even malls.

The Centre is publicizing safety and precautionary measures that the public can adopt through the media and is even using mobile service providers to play the message before any call is put through. The visas of all foreign travelers have been canceled for one month. Although it might seem that India is quarantining itself, this measure is necessary as the virus entered India through people who came from infected countries. Hospitals across the country have created separate wards where suspected patients can be kept in isolation. Door to door medical inspection is also being carried out in some cities. Masks and hand sanitizers have been now classified as âessential goodsâ. But they have disappeared from almost all shops across India as supplies have not kept up with the massive demand. The government must ensure that production is increased and people can buy these essential products.

But the people will also have to respond positively to the efforts to control the virus. The first requirement is not to panic and follow the precautionary measures religiously. It is reported that the wife of the Google techie who tested positive after returning from honeymoon in Italy escaped from her home in Bengaluru to be with her parents in Agra. She was accosted in Agra and has tested positive for Covid-19. It was a highly irresponsible act on her part. Does she know that she might have passed on the infection to countless others during the journey and also to her parents and other relatives in Agra? Such panic is to be avoided and infected persons must submit to being quarantined in order that the virus does not enter the stage of community transmission.