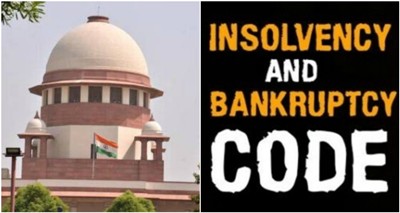 The Supreme Court has clarified many things in its order in the Essar Steel case. First and foremost, it has established the primacy of the Committee of Creditors (CoC). Then, it has said that the distinction between different classes of lenders must be established and fixed and cannot be changed. Finally, it has all but said that National Company Law Tribunal (NCLT) or the National Company Law Appellate Tribunal (NCLAT) cannot interpret the Insolvency and Bankruptcy Code (IBC) as they feel like.

In the instant case, the CoC had approved a scheme that allotted funds to be paid to different classes of lenders from the proceeds of the resolution. The NCLAT overrode that to award Standard Chartered Bank, an unsecured creditor, a far greater share of the proceeds than it was given in the scheme approved by the CoC. The Supreme Court quashed the NCLAT order. It was clear in its opinion that neither the NCLT nor the NCLAT could alter the scheme finalized by the CoC.

The court observed that to keep the cost of lending down, it is imperative for the lenders to know beforehand how their loan would be treated in the event the borrower went into liquidation. If the lender was unsure, it would charge a premium for lending. Hence, the court said that different classes of lenders must know, at the time of lending, the hierarchy in which their loans would be repaid in the event of the case coming under IBC. Of course, no one lends for the loan not to be repaid but in the worst scenario, the lender needs to be sure where it stands.

The very purpose of the IBC is to unlock the assets that freeze when a company is unable to run and is unable to pay its creditors. It seeks to establish a rule of law whereby each creditor can get back some of the amount due from the bankrupt company. But if any authority is allowed to play favourites or interpret the law differently at different times, lenders would become suspicious of the entire process. It is extremely important to have a set formula whereby each class of lender knows his position in the scheme of things. After that, it depends on the proceeds of the resolution and the decision of the CoC, where almost all classes of creditors, except operational creditors, are represented, about who gets how much.

The Supreme Courtâs decision would pave the way for Arcelor Mittal to now take over Essar Steel and unlock the potential of the grossly mismanaged company. It will result in all creditors getting at least a part of their dues at the earliest, something that would not have been possible without the IBC. It will also give hope to operational creditors as they can now resume business with the company. But most importantly, the order gives a huge boost to the IBC and the resolution process and of course the rule of law.