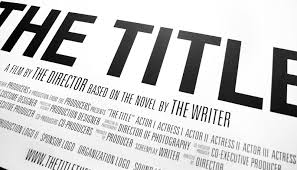 Titles are not Subject to Copyright

Titles are not Subject to Copyright

Editor-in-Chief of indiacommentary.com. Current Affairs analyst and political commentator. Writes for a number of publications. View all posts by this Author
The Supreme Court, in a recent judgment, has closed one of the doors on people seeking to latch on to a successful project or product in whatever way they can. These people look for the smallest of openings to gatecrash and demand huge compensation or prosecution for imagined services rendered or dreamt up copyright infringement of their âwork.â

In the case Krishika Lulla & Ors. Vs. Shyam Vithalrao Devkatta & Anr., Devkatta had filed a case against the producers of the Hindi film âDesi Boyzâ because he contended that the title was lifted from the title of a story synopsis under the title âDesi Boysâ he had sent to someone connected with the film makers. He wanted them prosecuted under the Section 63 of the Copyright Act, 1957 read with sections 34, 402 and 420 of the IPC. As the lower court admitted his plea and then the Bombay high court refused to quash the complaint, the accused moved the apex court for relief.

The apex court categorically stated that the protection under the Copyright Act did not extend to titles of any incomplete work and a title with a synopsis cannot be held to be a complete work. Copyright protection was available only to completed and original works that held some meaning. It also said that both the words âdesiâ and âboysâ were common words not subject to copyright.

The court also took pains to point out that Devkatta was claiming copyright only for the title and not the body of the work. He claimed to have not seen the film and could not establish whether the story of the film was worked around the synopsis he claimed to have submitted. The court said that common words in any combination purporting to be the title of any synopsis cannot be claimed to be unique, original and having any literary meaning. Hence, the court refused to entertain his contention and quashed the case.

This judgment will serve as a warning to others who find film-makers easy prey since film release dates are decided well in advance and any case that could stall a filmâs release can cause immense financial loss to the producer as the next release date might come after many months. This can make fortune hunters harass film-makers for the most specious of reasons. After this judgment, such cases could be quashed at the trial stage itself. Those film-makers who do not infringe upon copyright works will now breathe easier.