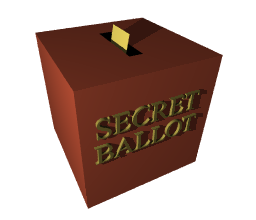 Trust Votes Should Always be Through Secret Ballot

Trust Votes Should Always be Through Secret Ballot

Editor-in-Chief of indiacommentary.com. Current Affairs analyst and political commentator. Writes for a number of publications. View all posts by this Author
The unruly scenes witnessed in the Tamil Nadu assembly today before the vote of trust in the E Palaniswami government proved two things. One, in the absence of a set procedure for trust votes, there is a lot of confusion and the discretion of the Speaker rules. Two, MLAs in India continue to display traits mostly found in low grade street fighters.

When the assembly convened for the trust vote, the Speaker pressed for a vote by division. This was not acceptable to the combined Opposition, led by the DMK and the Panneersevlam faction of AIADMK. They wanted a secret ballot. There was pandemonium when the Speaker did not pay heed to their demand. Mikes were broken and chairs were thrown in the well of the house. MLAs pushed marshals around and fights took place. Finally, Palaniswami won the vote by division after two adjournments. For the record, 122 voted in his favour and 11 against. The entire Opposition was not present in the house in protest against the decision to have a division vote.

Now consider the scenario if there was a secret ballot. The Opposition had 98 MLAs (DMK 89, Congress 8 and IUML 1). Panneersevlam had 11. It made for a total of 109. The majority mark was 118. It was quite possible that those who voted for Palaniswami in a division vote did so out of the fear of being spotted if they went against him. If the Opposition had stayed and voted in a secret ballot, even 10 MLAs deserting Palaniswami would have resulted in him losing the vote. These things are quite possible in secret ballots.

Hence, there should be a set procedure for conducting trust votes. It should always be by secret ballot and the Speaker should not have discretionary powers in this regard. For, despite the supposed neutral nature of the post, most Speakers are known to favour ruling parties as they got their post from them. This goes against the principles of democracy where free and fair elections held through secret ballots are the rule. Trust votes are matters of great importance and should always be held by voting through secret ballots. The government should amend the law to make secret ballots mandatory in case of trust votes.