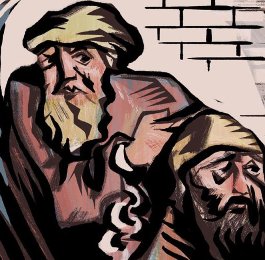 Turncoats: One Day Here, Next Day There

Turncoats: One Day Here, Next Day There

View all posts by this Author
In this election season, it seems the ticket to contest is supreme and the party or ideology has been thrown to the dogs. The latest to affirm this is Udit Raj, the BJP MP from North West Delhi who promptly joined the Congress on being denied a ticket by his former party. On joining the Congress, Raj said that he always opposed the BJPs policies. If Raj reflects, that one statement will give him the clue why the BJP dropped him. How can one oppose the policies of the party and still yearn and hope for a ticket? Before him, the high profile Shatrughan Sinha had also left the party after being denied a ticket, as had Navjot Singh Sidhu a year before him.

The BJP is not the only party that is seeing people leaving it over the distribution of tickets. All parties are experiencing this, showing how moral values have replaced self-interest. Previously, when someone was denied a ticket, he or she would accept the decision as a loyal soldier of the party and would say that he would work to strengthen the organization. But now the party means nothing, the only thing of value is the ticket to contest.

People are changing parties not for ideology but for self-gain and convenience. Husband and wife (Shatrughan and Poonam Sinha) are joining different parties for the same reason. People like Sidhu and Sinha find nothing wrong in now singing the praises for Rahul Gandhi, who to them was enemy number one and the butt of their jokes even a few months back. Turncoats are shameless and have no morals. Their only interest is their self-interest.

If and when politicians decide to clean up the messy election laws in India, one thinks that this practice of giving instant tickets to turncoats also needs to be looked into. One feels that there should be a gestation period of at least one year before a turncoat can aspire for a ticket from his newly-joined party. That would perhaps instill a sense of propriety in some of those who have no morals.