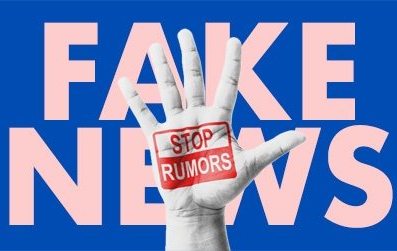 Why Are Rumours Being Spread And Fake News Published?

Why Are Rumours Being Spread And Fake News Published?

Rumours are being spread on the social media to create a panic and a section of the digital media is also publishing fake news or spoofs that can be taken seriously by a large number of people and trigger an outrage or a backlash against any law. The government is being forced to deny such rumours or publish reports denying the 'news'.

In the first instance, Union Minister Nitin Gadkari took to his twitter handle to express regret about a section of the media publishing wrong or mischievous news. The reference was to a 'news' item by the Hindi website of news18.com that published an item saying that if you do not wear a full-sleeved shirt while driving, the traffic police can book and fine you. The minister asked the people to ignore such reports and advised the media not to treat road safety laws as a joke.

Then, in a separate incident, Finance Secretary Rajeev Kumar was forced to deny rumours that the Supreme Court had ordered the closure of nine public sector banks and the RBI had no option but to close them down. Kumar tweeted that "There are mischievous rumours on Social Media (picture below) about @RBIclosing some banks. No question of closing any #PSB, which are articles of faith. Rather Govt is strengthening PSBs with reforms and infusion of capital to better serve its customers."

Who is spreading such rumours and why is the digital media not verifying news items before publishing them? In this age of a pervasive social media, rumours have a strong multiplier effect and cause havoc in the financial world or turn the people against a law meant to protect their lives by preventing irresponsible driving. The government must identify the source of these rumours and news items and take stern action against the perpetrators.