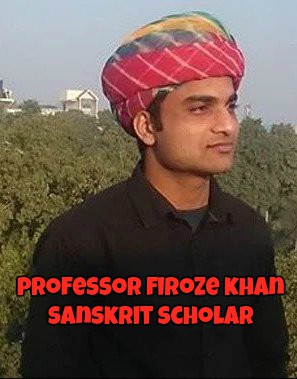 Why Can't A Muslim Sanskrit Scholar Teach The Subject At BHU?

Why Can't A Muslim Sanskrit Scholar Teach The Subject At BHU?

What should one look for in a teacher? Should one look for his knowledge of the subject and his capacity to explain it properly to students or his caste, colour, creed, religion or where he comes from? In India, it seems that while teachers can be appointed for the former, vested interests, including a section of the students, think that religion matters more.

The Benares Hindu University (BHU) has appointed a Muslim assistant professor to teach Sanskrit in the institution. Obviously, Firoze Khan was selected after he was found to be the most suitable candidate in the selection process. But a section of the students has been camping outside the office of the Vice-Chancellor demanding that he be removed.

This is not acceptable. Why should the student fraternity involve itself in selecting teachers? They can only complain if the teacher is below standard or indulges in some other misdemeanor. Even then, the decision of the university should be final and binding. But if the teacher is a capable person with perfect academic credentials, teaches well and meets the standards of the university, the students cannot be allowed to demand his removal because of their biases.

Why canât a Muslim teach Sanskrit? Just because it is the language in which most ancient Hindu scriptures are written cannot give it a religious connotation. Languages cannot be compartmentalized. Anyone who is willing to learn a language cannot be stopped from doing so. Professor Khan is a Sanskrit scholar. The students are not insulting him but insulting Sanskrit by demanding his removal. They are also depriving themselves of an opportunity of learning the subject from a person who has command over it.

Such things have begun to rear their face ever since Hindutva forces started gaining the upper hand in campus elections. Targeting teachers and students based on their religion or caste has become an all-India phenomenon. But those who do this do not understand that poisoning the minds of the students means that we will have a divided India once these students become respected community leaders 10 or 15 years down the line. Thankfully, only a minority of the students believe in this ideology. But since this is a vocal and violent minority, they are inflicting maximum damage to our education system.