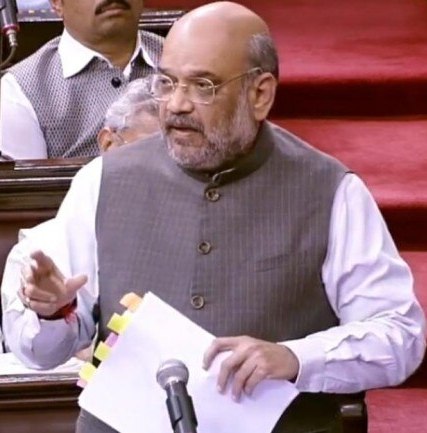 Why Is The Government Distorting Facts In Case Of The Delhi Riots?

Why Is The Government Distorting Facts In Case Of The Delhi Riots?

It is heartening that Home Minister Amit Shah has informed the parliament that until now, 1922 persons said to be involved in the riots that took place in Delhi earlier this month have been identified and more than 700 FIRs have been registered by the police. It is also good to see that the police have started making arrests. Eight people have been arrested for the killing of a cop and one for the brutal murder of Intelligence Bureau employee Ankit Sharma. Two brothers have also been arrested for setting fire to the house of a Muslim family that resulted in the death of an 85-year old family member.

Good though this is, as it establishes the rule of law, it amounts to restricting the punitive action to those that were active during the time the riots were happening. But is it enough to punish those who were actively involved in the rioting and forget about those who ignited the fires? The entire administration is silent on the role of some BJP leaders who incited the mobs with their inflammatory speeches. Instead, it is being said that riots of this scale could not have happened without a conspiracy or that foreign powers are behind the riots. The entire blame of the riots is being shifted on leaders of the Muslim community and this is not correct.

The government has to be even-handed. It has to book Kapil Mishra for inciting the mobs. It has to book BJP workers or other persons who went about systematically torching Muslim homes or killing people from that community. It has to book policemen guilty of dereliction of duty. It has to book Muslims guilty of violence. But picking and choosing who to punish is not raj dharma.  Amit Shah said that he will not disclose the religious identity of those who died in the riots as all of them were Indians. Then why is the administration bent on protecting Hindu leaders and shifting the entire blame on "conspiracy", "foreign powers" or the Muslim community? All those who incited the mobs or actually took part in the rioting were Indians and they should be appropriately punished for their role regardless of their religious identity.