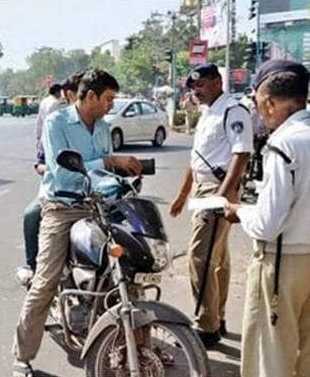 Will Stiffer Penalties For Violating Traffic Rules Reduce The Chaos On Indian Roads?

Will Stiffer Penalties For Violating Traffic Rules Reduce The Chaos On Indian Roads?

The stiff fines prescribed in the amended Motor Vehicles act are justified due to two things: one, the complete, indiscipline-induced chaos on Indian roads and the number of deaths happening due to accidents. Indian roads are full of rogue drivers who care a hoot for traffic rules. The police have failed to bring discipline even in cities and towns despite using technology like speed guns, mobile pollution-control vans, cameras at street crossings along with vehicle locking and tow-away, roving inspectors and spot fines. The reason for that is that the fines were very low and people were not greatly inconvenienced in paying them.  Even the fact that no work was done in the RTO office for the vehicle if all traffic fines were not cleared first was not a deterrence as people did not mind paying as the amount was low.

But now things have changed. As soon as the amended act was enforced, Delhi police alone issued 3900 challans. There were reports of people being fined upwards of Rs 20000 for multiple offences. The social media was flooded with humorous memes. When Virat Kohli posted a shirtless picture, people said he had lost his clothes in paying traffic fines. The Times of India published a study that showed that at the busy Nandanam signal in Chennai, its reporters counted 1080 vehicles that passed in five minutes. Out of these, 150 violated traffic rules. The combined fines that could have accrued to the government were in excess of Rs 2 lakh, but these vehicles were not issued any challans. That is the main reason why traffic rules are not followed. Every driver knows that lack of proper policing will ensure that he will be fined once for every 100 traffic violations he makes. Hence, he drives with complete abandon.

Critics of the stiff fines have two grievances: a ten-fold increase in fines in unjustified and in the absence of proper policing, it will still not be effective. It is true that increasing fines 10 times in one go is never on. The government should have increased them gradually. But it slept on the matter for 30 years and has now suddenly woken to the problem. Further, the 3900 challans in Delhi are in the excitement of the first flush. The police have to show the government that its policy is working. Once the euphoria dies down, the collections will come down drastically. Also, the hefty fines will open new channels of corruption for the police as they will now ask the offenders to 'settle' cases. Previously, the low fines meant that people didn't mind being booked and the police constable had no opportunity to demand a bribe. But now, the situation will change. Offenders will offer a bribe of, say, Rs 500 to escape paying a fine of Rs 5000.

But there are many good provisions in the Act. For instance, those who do not allow ambulances or other emergency vehicles to pass will now be fined Rs 10000. Good Samaritans who help people in case of accidents are protected from any civil or criminal liability. It is also not mandatory for them to disclose their identity. But the best things is that the Act provides for twice the penalty under the relevant section if the offence is committed by the enforcing authority, although it remains to be seen who will enforce this provision and how.

It is seen that in these four/five days there is less chaos and more discipline of the roads of Delhi. If this becomes a regular feature all over the country, no one will oppose the stiff penalties and traffic violations and deaths due to accidents will hopefully come down.