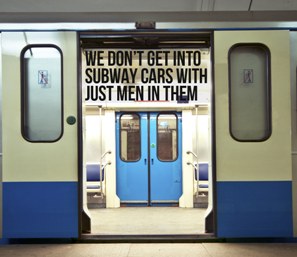 Women: Is Living By the Rape Schedule the Solution?

Women: Is Living By the Rape Schedule the Solution?

Pursuing Masters in Economics from Calcutta University. Aspiring economist. Budding writer View all posts by this Author
All women everyday live by the so called rape schedule. Anything which a woman does, consciously or unconsciously, to alter her lifestyle in order to prevent sexual assault is dictated by this rape schedule. Though at first it seems baffling to hear but it is the bitter truth. Women do things to protect themselves throughout the day because of their constant fear of rape or assault.

Whether it is locking our car doors as soon as we get in, or nor walking down certain streets, we tend to take part in ways to alter our lives to limit our chances of sexual assault. Fear of rape keeps many women off streets at night , limit themselves to home, becomes passive and modest for fear they be thought provocative even in this 21ST century where we claim to be developed and modern and claim equality of rights across the sexual divide.

There is no public space for women, the whole world is a prison where she has to be constantly aware of the fact that she might be a potential victim. Its essentially all the preventative measures that we take, the things we do and wear (or dont), the time of day we go certain places (or dont), to avoid something that really is not in our control. We do it without even thinking about it most of the time, because it is routine, scheduled. The schedule compels us to be completely aware at all times of: whom we choose to smile at, whom we choose not to smile at, how friendly we should be at any given time, whom we should go out with, whom we should drink with, what we drink, how we speak, how we stand, how we sit, how we walk, how we talk. The rape schedule tells us, in excruciating detail, how to live our life in a way that will prevent rape and sexual assault.

The worst part is that men cannot take no for an answer from women. As the recent movie Pink showed, it hurts the mans ego if a woman spurns his sexual advances. No means no, as the lawyer in the film says, but saying no to an aroused man is an invitation for violence and forced assault. If the woman thinks she is lucky to fight back and escape, she is mistaken as there is no escape for her. She is hounded and her life is made miserable, all for enjoying the high life but retaining the power to choose her sexual partners. If you can give it to others then why not to me, is the common male refrain as if the woman is a free commodity bereft of feelings and emotions.

Even if we leave aside celluloid dramas, in two separate incidents, two working women were assaulted in Kolkata recently late at night, one of them in the presence of a cop who did not intervene to save her. Their fault: coming home very late from work. Short of calling them prostitutes, drunken offenders called them all sorts of names. They questioned their late-coming and were not satisfied with their answers. With stores remaining open till late night, public transport in a mess and traffic snarls a regular occurrence, working women are already stressed. Additional pressure in the form of these self appointed vigilantes of public morality is adding to their woes.

Many women live by the rape schedule yet a large number of women are sexually assaulted on the streets of India. Most of the assaults are never reported to the police. Hence, official figures will never give us an idea of the sufferings of Indian women. This means a large number of women, be it in urban or rural India, educated or uneducated suffer and become a victim of rape culture, so what is then the use of following a rape schedule? Apart from the perverts, even people in the society and to some extent our family members too, make life of the victims tough by blaming them and asking them what were they doing at that time and still remind them of the so called rules.

Thus to live by rape schedule is not the way to escape being a victim of assault because we cannot do anything regarding a decision of a person who sees a women and decides to assault her as it is his decision not anyone else . So to be aware to be safe as our parents and society tells us to do is not a solution. We have to change the mentality of men and teach them how to look upto women and respect them in a country where people worship Goddess Durga and seek her blessings. We should not be pressurized to live by rape schedule as it is fruitless. It is not that women have to change what they wear, but men have to change the way they see.