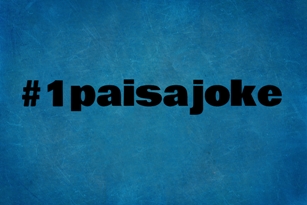 #1paisajoke: How Can They Do It

#1paisajoke: How Can They Do It

By our team of in-house writers. View all posts by this Author
People are talking about the #1paisajoke and how Indian PSU companies will never mend their ways. After 19 days of steady rise in oil prices at the pumps, people say they were relieved when a 60p cut was announced on Wednesday. But their relief was short lived as the oil companies reduced the cut to a joke by making it just 1 paisa. They said a technical glitch had resulted in wrong calculation.

People are furious as they say that such mistakes cannot be tolerated. They are of the opinion that if a reduction was not announced, they wouldnt have minded. But giving false hopes and making such silly mistakes reflects very poorly on oil PSUs, supposed to be the best run government companies in India. People say technical glitches happen if things are done in a hurry. But a thing as important as price reduction should have been triple checked before being made public. People are angry that oil companies did not follow this. People want heads to roll for this cruel joke.

Oil companies say they pass on even the minutest cut. The cut also broke the trend of rising prices. But these explanations do not compensate for the blunder in announcing wrong price cuts. It reinforces the image of a bumbling Indian babu, even if he belongs to professionally managed oil PSUs. People are very angry that they have been taken for a ride.