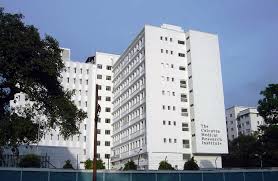 A Life Saved in Kolkata Despite Rare Disease

A Life Saved in Kolkata Despite Rare Disease

Editor-in-Chief of indiacommentary.com. Current Affairs analyst and political commentator. Writes for a number of publications. View all posts by this Author
Do you or anyone you know swim in fresh water ponds or rivers in Kolkata? Beware and stop the practice for the time being. A âbrain eating amoebaâ that leads to the rare disease primary amoebic meningoencephelitis or PAM has been detected in a child in the city. Although chances of survival are negligible, the Times of India has reported that in this case, a team led by Dr Sushmita Banerjee, paediatric nephrologist at the Calcutta Medical Research Institute (CMRI) acted with a great degree of professional efficiency and managed to procure a drug that saved the childâs life.

The amoeba, naegleria fowleri, breeds in fresh water, enters the body through the nose and then attacks the brain by feeding on nerve tissues there. It also multiplies very quickly. The Kolkata doctors had first thought it was meningitis, but conducted tests for PAM once the lumbar puncture reports suggested extremely high cell count and CSF protein levels and his family told them that he was a regular swimmer in un-chlorinated waters. Despite badly affected kidneys, the doctors managed to make him live by giving doses of Miltefocin, a new and very effective drug procured in haste by the West Bengal Directorate of Health.

This was only the fifth survival case for PAM in India. The doctorsâ feat is remarkable when one considers that in the US; only four people have survived out of the 135 recorded cases of the disease. It also underscores the fact that in cases where chances of survival are rare and the patient is sinking fast, doctors have to use out-of-the-box medical techniques. All doctors associated with the case deserve kudos, as does the WB Directorate of Health, for cutting through red tape to save a life.