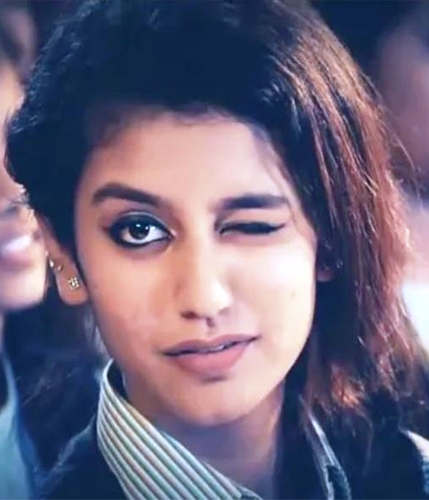 A Song, A Wink and Hurt Sentiments: Stop This Mischief

A Song, A Wink and Hurt Sentiments: Stop This Mischief

Anukriti is a student who dabbles in writing when she finds time. View all posts by this Author
A young actor playfully winks in a movie song, the clip goes viral and the moral police are up in arms. Then, someone puts out a faulty translation of the lyrics and it offends the Muslims. What is happening in India?

A wink should be the least offending act in movie songs in India, full as they are of heaving cleavages and gyrations that leave little to imagination. Yet, 18-year old Priya Varrier found to her discomfort that cases were lodged against her by Muslim groups in Telengana and Maharashtra even though the original song was popular among Muslims in Kerala, her home state.

There should be a law that prevents people from filing trivial FIRs against works of art. There should be a clear definition of what can hurt sentiments  religious, castiest or of hundreds of other things that raise the hackles of Indians.

Fundamentalists of all kinds must be stopped in their tracks from creating mischief. It must be recognized these people do not have anyones sentiments in mind; they just want to create trouble. The easiest way to do so is to go after freedom of expression, largely symbolized by works of art like films, books, paintings and the like. Hence we have protests against M F Hussain, Padmavat, Taslima Nasreen and now Priya Varrier.

If this unsentimental sentiments business is not stopped, India will become a culturally poorer country. It will also become an unhappy country as art is something that gives people immense pleasure. But putting a strait-jacket on artists will make them afraid and fear is the first thing that destroys creativity. Although the Supreme Court has come to the rescue of Priya Varrier by asking that no state should register further FIRs in this case, these matters must be decided by the society rather than courts of law. What we need is a tolerant society where creativity flows. What we are increasingly getting is abuse, threats and even violence that sometimes results in murder, as with rationalists Dr Narendra Dhabolkar and Govind Pansare or journalist Gauri Lankesh.