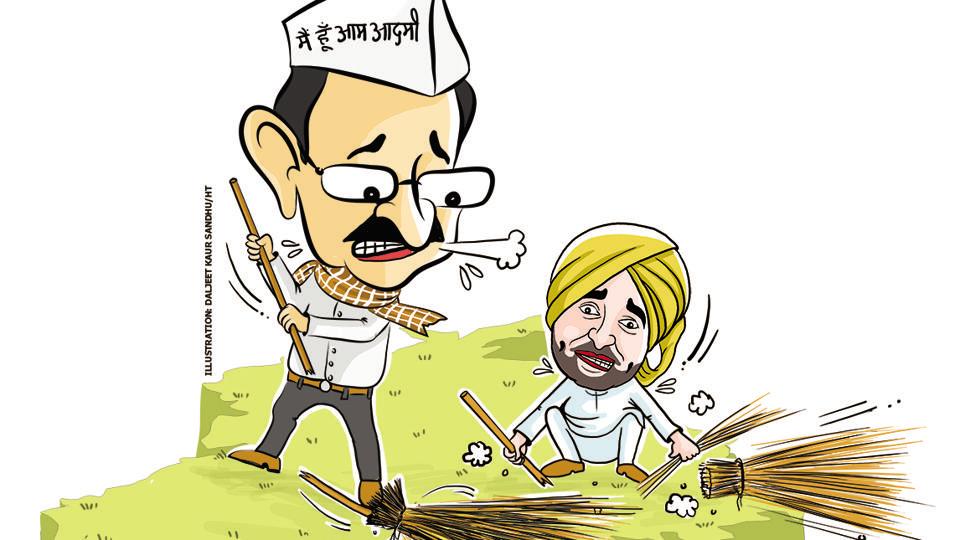 Why AAP Fell By the Wayside

Why AAP Fell By the Wayside

Editor-in-Chief of indiacommentary.com. Current Affairs analyst and political commentator. Writes for a number of publications. View all posts by this Author
Illustration courtesy: Hindustan Times
Arvind Kejriwal and the Aam Aadmi Party (AAP) have been handed out a reality check by the voters of Punjab and Goa. The party and its supremo were confident of forming the government in Punjab and being in a position to influence government formation in Goa. But they managed just 20 seats in Punjab with a creditable (for a debutant) 23.8% vote share. Incidentally, this was lower than the vote share of the hugely discredited SAD which got 25.3%. If AAP could not beat SAD in vote share when the latter is at its nadir, its chest thumping was just vanity. Additionally, its high profile candidates Bhagwant Mann and Gurpreet Ghuggi were rejected by the voters. In Goa, the party got zero seats with an insignificant <6 percent vote share. Its chief ministerial candidate Elvis Gomes was not even in the running in his seat, emerging fourth. So is AAP just a Delhi-based regional party? Is Arvind Kejriwal just a megalomaniac power seeker?

It is too early to say the first and there is no doubt about the second. AAP miscalculated by not bringing Navjot Singh Sidhu on board. But that was more due to Kejriwals resistance to yielding space to, or sharing the limelight with, anyone. It is not to say that Sidhu-Kejriwal would have trumped the immense appeal of Capt. Amrinder Singh, but at least the scales would have been even. Kejriwal alone, with his rag-tag army, was clearly found unfit to rule the state. The high-pitched Delhi-type campaign found favour with a section of the media, who egged Kejriwal on till a time he became a prisoner of his own imagination. 110 seats, he proclaimed and we will rule Punjab. The people who attended his rallies were perhaps those who were bored with conventional rallies and wanted some entertainment. In the end, they gave him nothing in return.

Kejriwal needs to go back to the drawing board if he has any pretensions of taking AAP to other states. He has no money, no infrastructure, no second string leadership (only chamchas) and very little governance to show for in Delhi. He only has his king-sized ego and megalomania. That, sadly, will not take him far in Indian politics. For all the talk of professionals and disenchanted Indians, including NRIs, supporting the party for bringing about a change, why is there not a single person with leadership qualities in the party? And where is the change? Change cannot be brought about by this kind of ensemble, which increasingly resembles a lot of inexperienced freeloaders without political roots, led by an inflexible person who cannot see beyond his own nose.