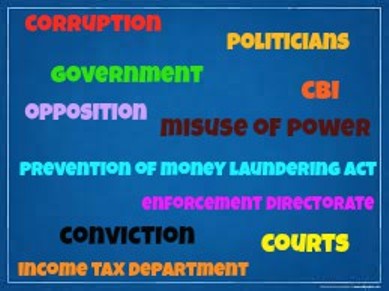 Action Against Opposition Politicians: Only Fast-Track Cases And Convictions Will Justify The Government's Stand

Action Against Opposition Politicians: Only Fast-Track Cases And Convictions Will Justify The Government's Stand

The government is using its agencies like the IT department, the ED and the CBI to go after politicians and politically-exposed persons in a big way. The travails of former finance minister P Chidambaram at the hands of such agencies are well documented. The latest in the line of fire is DK Shivakumar, the chief troubleshooter of the Congress in Karnataka. He has been arrested by the ED under PMLA for alleged money laundering. As usual, Shivakumar has alleged that he is being targeted and the BJP government is indulging in political vendetta.

There can be no denying that the law must take its own course, always and at all times. If an inquiry is made by any of the agencies and if persons arrested during the course of the inquiry take the names of influential persons or even if documents recovered from them point to the involvement of such influential persons, the agencies are not at fault in questioning such persons. But the question that arises is why is the government targeting only opposition politicians? The whole country knows that politicians across the spectrum indulge in financial wrongdoing. Then how is it possible that the investigating agencies are not coming across the names of politicians from the BJP and other parties in the NDA?

Even if we agree with the fact that though the Congress is now protesting the action on its leaders, it had also misused all government agencies in the past, the problem is that it is very difficult to get convictions in such cases. Apart from Sukhram, Lalu Yadav and Jayalalitha, the names of other top politicians do not easily come to mind for conviction in cases of corruption and financial misdeeds. Hence, the government must tread very carefully. No point will be served in picking up politicians and lodging fancy cases against them unless such cases can be proved in court. But the way the agencies are going, one thinks that they will draw a blank. It will then become apparent that, as the opposition is alleging, the main intention was to shred reputations and stage the whole drama for television audiences. If the government and its agencies have the proof, they must move fast and start getting convictions to justify their action.