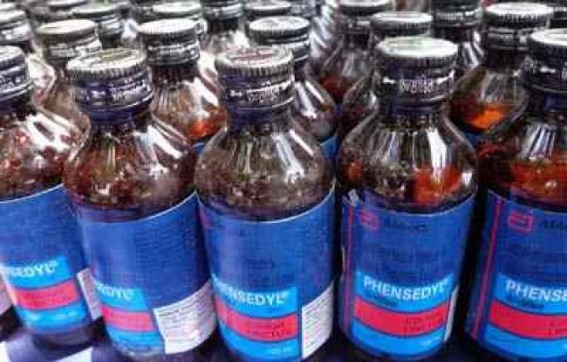 By our team of in-house writers. View all posts by this Author
Youngsters wishing to go high but worried about the smell alcohol leaves on the breath used to make do with codeine based cough syrups. Empty bottles of Corex and Phensedyl used to litter areas where there was a high concentration of medicine shops and near colleges and college hostels. Alcoholic under-trials were surreptitiously supplied these bottles in the prison â at a cost, obviously. The problem was extreme in north-eastern India. Large consignments were also smuggled across the border to Bangladesh.

The government has moved in to ban codeine based cough syrups and other fixed dose combination (FDC) drugs. A total of 350 formulations have been banned. The government decided to ban the manufacture and sale of these medicines as they were found to be "irrational" and without any therapeutic efficacy and use.

Fixed dose combination drugs are those where two or more drugs are combined in fixed doses to be administered as single dose. It is seen that the Indian market is flooded with unapproved combination drugs. Usually, if a formulation having one drug is banned, that particular drug is brought in through the back door in combination with other drugs. This is dangerous and the regulatory authority should take care to ban combinations of that drug also when banning its manufacture and sale in a standalone manner.