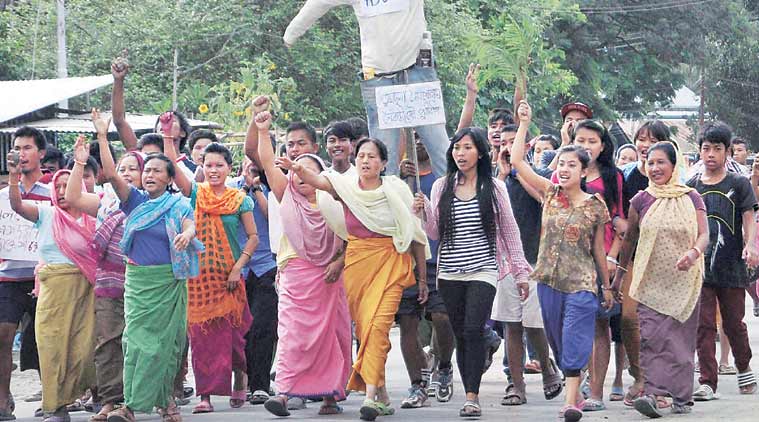 Editor-in-Chief of indiacommentary.com. Current Affairs analyst and political commentator. Writes for a number of publications. View all posts by this Author
It is good that the Supreme Court has raised some vital questions and made telling observations on the deployment of the army under the Armed Forces (Special Powers) Act (AFSPA) in Manipur. The court scathingly remarked that âthe deployment of armed forces is intended to restore normalcy and it would be extremely odd if normalcy were not restored within some reasonable time period, certainly not an indefinite period or an indeterminate period.â

That is the biggest tragedy. The army was deployed in Manipur in 1958. If the state has not returned to ânormalcyâ in the nearly 60 years, it means that either the armed forces have not performed the tasks they were deployed for or that normalcy has returned but the government does not wish to withdraw the forces. The army needs to be withdrawn forthwith as it is no longer needed there. If it has not done what was required in 60 years, it will never do it. Let us give the state a chance without the repressive presence of the army and the hated AFSPA.

The court was right in pointing out that âthe armed forces do not supplant the civil administration but only supplement it.â Once, as per AFSPA, the armed forces are given special and overriding powers, they sometimes use this to indulge in false encounters and in repressing civil society voices. The petitions being heard raised the question of more than 1528 extra-judicial killings in the state. The Supreme Court also said that prima facie, any such killing should be tried by a criminal court constituted under the CrPC. It also said that there can be no âblanket immunityâ for armed forces personnel until the genuineness of the operation in which the persons were killed is established.

It is sad that despite claiming to be different from the Congress governments that have ruled the country in the past, the Narendra Modi government is toeing the same line in several matters. The north-east of India is crying out for a different strategy. Its people are fed up with being treated as insurgents at home and foreigners in the rest of the country. They are frustrated at being not allowed the freedom the rest of their countrymen have. The youth of the region have the same aspirations as the youth anywhere in India. If PM Modi actually cares as much for the region as he puts forward in his speeches, he should immediately withdraw AFSPA from Manipur to start with. There is no need to mindlessly continue with something that has outlived its purpose.