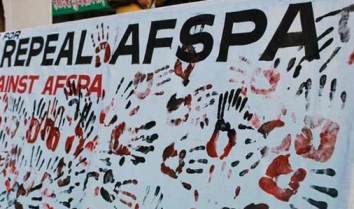 Editor-in-Chief of indiacommentary.com. Current Affairs analyst and political commentator. Writes for a number of publications. View all posts by this Author
The Centre has decided to withdraw the Armed Forces Special Powers Act (AFSPA) completely from Meghalaya and partly from Arunachal Pradesh. This is a welcome move which shows that the Indian state is not as repressive as it is made out to be. It also shows that the government is receptive to changes on the ground and takes prompt decisions to allay the concerns of the citizens.

There is no doubt that the draconian provisions in AFSPA and unlimited powers granted to the armed forces result in all kinds of excesses including rapes, fake encounters and worse. At another level, applying AFSPA is an admission that the political, administrative and the civil security machinery are incapable to dealing with the situation. If the act has been withdrawn from Meghalaya it also proves that the state has returned to normalcy.

The north-eastern states were hotbed of insurgency in the past. But things are improving at a fast pace with the youth now more interested in building their careers. Educational institutes in the south, west and north of India are full of students from the region. But these students face a lot of discrimination. This can have an adverse effect on their psyche. For full peace to return to the north-east, the people there must be made a part of the mainstream and not treated as Chinese or Nepalese elsewhere in India.

Further, the government must now look at the other states in the region like Nagaland, Manipur and Mizoram. In Nagaland, despite signing the peace agreement with a major dissident group, the government has not been able to implement the accord. Irom Sharmila has been fighting for the withdrawal of AFSPA from Manipur for a long time. The security position in these states has also improved. The government can review the situation and withdraw AFSPA from these states in a phased manner.

The north-east of India is a beautiful place, full of potential for tourism. But militancy, coupled with inner-line passes and restrictions for foreigners have meant that its potential has not been exploited. The government had recently said that it will withdraw restrictions on foreigners, except Chinese and Pakistani nationals, from travelling to the region. That will perhaps open the doors for investment in tourism infrastructure. For, barring Guwahati, no other city in the north-east has quality hotels of reputed brands. It will also bring employment opportunities and prosperity to the region.