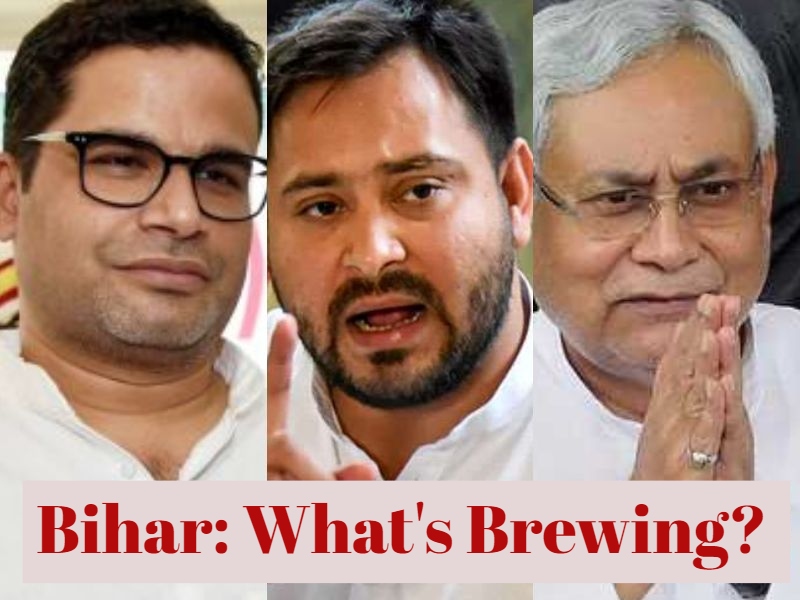 After Prashant Kishor's Cryptic Tweet, All Eyes Are On Bihar

After Prashant Kishor's Cryptic Tweet, All Eyes Are On Bihar

After the 'experiment' with the Congress failed to materialize, celebrated and most sought-after poll strategist Prashant Kishore is now thinking of approaching the people - whom he called the Real Masters in a tweet - directly and his journey will begin from his home state Bihar. Kishor is likely to hold a press conference in Patna to announce his plans. In the meantime, he is meeting members of the civil society in the state.

Kishor had earlier joined the JD(U) and was made the vice president of the party by Nitish Kumar before the two fell out in January 2020 after Kishor criticized home minister Amit Shah over CAA and NRC and also questioned JD(U)'s stand on both the issues. He was sacked from the party. Then he started 'Baat Bihar Ki', a campaign for ushering in good governance in the state but it fizzled out soon. This time too, Kishor has said that he is taking the path of "Jan Suraj - People's Good Governance".

Hence, it is not clear whether he is joining politics or is creating a pressure group to influence government policy through agitations. Political circles in Bihar are abuzz about an imminent realignment of forces in the state because Nitish Kumar chose not to attend the Central meeting of chief ministers and top judges and was seen with RJD leader Tejashwi Yadav at many iftars. With Kishor also landing up in Patna at this time, is a mahagathbandhan of JD(U), RJD and Kishor brewing? Meanwhile, senior BJP leader Sushil Modi, while commenting on Kishor's tweet, said that there is no space for another political party in Bihar.

With BJP expanding its bases in the state and with Nitish Kumar feeling threatened as he is the junior partner (with lesser MLAs) in the alliance, it cannot be guessed what he will do. Although there is also a buzz that Kumar might run for the Vice President's office that has not been confirmed by any source. A hint about any possible future realignments might emerge after Kishor's announcement on May 5 but one thing is sure - Bihar politics is heading for a reset.