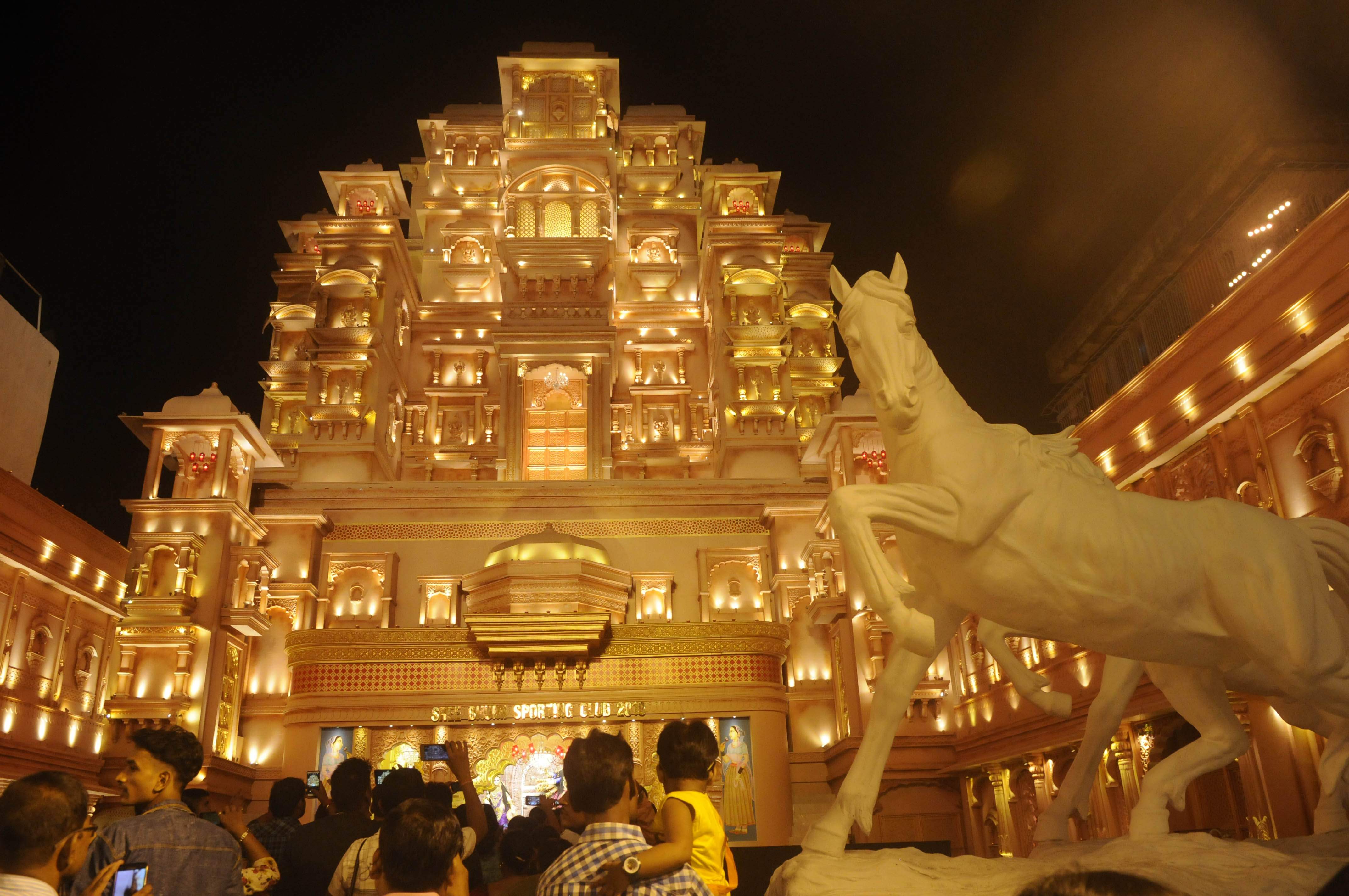 The Trinamool Congress, fearing a consolidation of Hindu votes in favour of the BJP, is trying to become more Hindu than the latter. The state government had already announced a payment of Rs 10000 each to nearly 28000 Durga puja committees and waiver of all license fees and charges. It staged a protest against the Income Tax notices allegedly sent to such puja committees in the state. Mamata Banerjee even called it the 'jizya' tax, referring to the infamous tax on non-Muslims imposed by Qutub-ud-din Aibak. The CBDT has issued a strong denial and said that no such notices were issued this year. The fact is that the notices issued last year were also only to enquire whether the puja committees had deducted TDS on payments made to contractors and event managers and deposited the same with the IT department. What is wrong in that?

There is no reason to politicize the issue if the state and status of Durga pujas are taken into consideration. Durga pujas are no longer community affairs held by people in a locality and sustained by donations from households and businesses in that locality. They have long become big events with budgets running into crores. Most of them are funded by corporate entities in return for advertising rights. They make payment of crores of rupees to all kinds of contractors and event managers. The sheer opulence of the pandals and the creativity of the idols and the decoration have to be seen to be believed. If they do not deduct TDS on such payments, it is against the law. Why should puja committees be exempted from doing what everyone else has to do? If they do not deduct TDS, these contractors and event managers can easily hide the transactions from their books of accounts and not report the income.

Before protesting against anything, politicians should study the impact of what the IT department has done. It is not taxing puja committees. It knows puja committees are not for profit. It knows that any surplus left with these committees is kept in a reserve fund to be used either next year or for other social work throughout the year. It is just trying to ensure that those who profit from the mega event do not escape the tax net. For many contractors and event managers, Durga puja is the main profit-making transaction in their books. If no TDS is deducted by the puja committees and if the suppliers do not report this income, the country will suffer a huge loss of revenue. The TMC should cooperate with the department and instruct all puja committees to follow the rules instead of protesting.