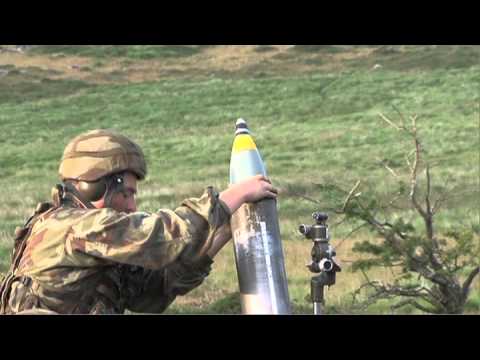 Are We Already At War With Pakistan?

Are We Already At War With Pakistan?

Editor-in-Chief of indiacommentary.com. Current Affairs analyst and political commentator. View all posts by this Author
Are we already at war with Pakistan?

The Pakistanis have escalated the violation of ceasefire, both across the LoC in Jammu & Kashmir and across the international border elsewhere after the surgical strikes. The Army has reported 99 such violations till October. It is no secret that the Pakistanis have been using 120mm heavy mortars to target civilian areas in India.

Now, Indian Army has disclosed that it moved artillery guns stealthily in the Keran sector of Kupwara district in northern Kashmir and used them to raze four Pakistani army positions across the LoC. This is the first time the Army has admitted using heavy artillery guns at the LoC in recent times.

Firing from hand held or ground held single soldier operated guns is entirely different from using 120mm mortars or heavy howitzers. With the Indian Army replying to the Pakistanis with the same, even heavier weapon, is there a danger that matters will now come to head?

As it was with the surgical strikes, the use of artillery guns and the fact of making it public could be designed to convey the message to the Pakistanis that India will not shy away from taking offensive measures. The moment the Pakistanis must have seen the artillery fire, they must have realized that their one-sided mortar shelling game was up and the Indians were retaliating with heavier weapons. This can either act as a deterrent or it can spur the Pakistanis to deploy more devastating weapons. Given their past history, one can assume that it will be the latter. In that case, one can expect more such misadventures at the LoC. Already, the Pakistani army has taken up positions along the LoC and the Rangers have been pushed back. This is a game Pakistan is adept at playing and India will have to be very tactful.

The only danger is that once someone in the Pakistani army high command has the bright idea of violating the ceasefire at several places simultaneously and if that continues for a long period, it might look as if India is under attack and the retaliatory action can well start a major war. If India can move up its heavy artillery stealthily, the Pakistanis can do the same. So India has to be very careful. The Army and the BSF need to activate all their intelligence sources and keep a strict watch on troop and equipment movement across the LoC. There should be no let up in the vigil. Further, there should be clear instructions on what is to be done in various scenarios so that things do not go out of hand.

But one is sure that given the fluid situation at the LoC and the diplomatic shadow boxing between the two nations, the government and the Army have considered all scenarios and have put in place chain of commands to take quick decisions if matters do escalate. But a war with Pakistan is the last thing India wants at the moment.