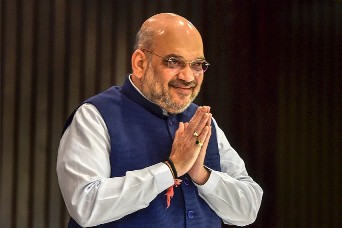 Editor-in-Chief of indiacommentary.com. Current Affairs analyst and political commentator. Writes for a number of publications. View all posts by this Author
Amit Shah will finally contest in the upcoming elections. He has been nominated from Gandhinagar, a seat held by L K Advani. The 91-year old senior leader has been benched. Shahs nomination means that the Modi-Shah duo has decided to up his role in the government. It is likely that if Shah wins (there actually is no if in that) and if NDA comes back to power he will be given an important ministry, probably Home Affairs. That would mean Rajnath Singh will be shifted to another ministry.

But Shahs elevation would mean that the party would have to scout for a new president, if the principle of one person, one post is adhered to in his case too. That would be another headache for Modi. Despite the charisma of Modi, the BJP has treated both Shah and him as usurpers. Almost all senior leaders like Advani, Murli Manohar Joshi, Sushma Swaraj, Yashwant Sinha and Shatrughan Sinha have never been comfortable with the in your face politics of the duo. Other senior leaders from various states are also angry at their reduced roles and almost no say in party affairs. But Shah, backed by the RSS, has been running the party with an iron grip. If he is elevated and gives up the party presidency, the control might be loosened. If one scans the horizon, it seems only Ram Madhav can be trusted by Modi-Shah to take over. The fact that he is also trusted by the RSS will go in his favour.

If Shah is given charge of Home Affairs will the Hindu right wing have a free run? One feels that having run the party for five years, Shah is a wiser and chastened man. He has seen how the assiduously cultivated support of Dalits and OBCs vanished after they were targeted by cow vigilantes. Hence, he is unlikely to be lenient with any group that does things that are likely to reduce the support for the BJP. Maybe he will think of some other way to get the Ram Mandir constructed if the Supreme Court either delays the case or if the ruling goes against the Ram Janmabhoomi Nyas. Maybe he will move faster and stronger against illegal immigrants and will try to push the Citizenship Bill, but he is unlikely to support the Hindu right-wing if it harms the party.