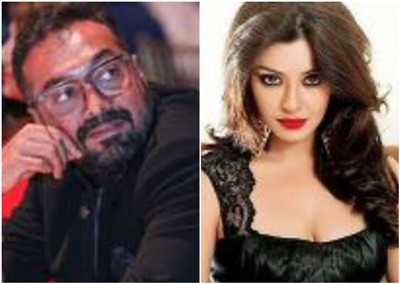 People are talking about the #MeToo allegations leveled against filmmaker Anurag Kashyap by actor Payal Ghosh. She has accused the director of sexual harassment and will file an FIR against him at Oshiwara Police Station in Mumbai today. Indirectly, she also accused the filmmaker of being a junkie when she said that "I don't know whether Anurag Kashyap consumes drugs or not but when the incident took place, he was smoking something but it was definitely not a cigarette." Anurag Kashyap's lawyer, however, rejected "the false allegations of sexual misconduct" levied against his client, calling them "completely false, malicious and dishonest".

People say these are serious allegations and if Payal is ready to file an FIR the matter is going to get worse. People are wondering if any woman can make such  allegations falsely for cheap publicity especially when the person against whom she is making the allegation is powerful. People are also wondering whether a person like Anurag Kashyap would do what is alleged. People are confused and are divided over the issue. Some people are also wondering whether it is an attempt to silence Kashyap, who has not shied away from criticizing the Modi government (remember he was subjected to vitriol on social media some months ago and even his daughter was not spared and was threatened with rape).

There has been an outpouring of support for Kashyap. His ex-wives Aarti Bajaj and Kalki Koelchin have categorically said that Kashyap does not behave as alleged. His ex-assistant Jaydeep Sarkar has narrated an incident on twitter where he saw a young girl try to lure Kashyap by dropping her pallu many times to win a role but Kashyap walked away and told her that that she will get the role if she fits in. Other actors have also supported Kashyap.

People say that it is very difficult to prove these allegations as they are claimed to have happened when no one else was present. Hence, it is one person's word against the other person. People also say that many times these are consensual affairs but charges are levied later as some women feel let down by the man for various reasons. People are of the opinion that if Payal can prove Kashyap's guilt, he will obviously be punished as per law. If not, they say, Payal should be handed out exemplary punishment to prevent others from ruining the reputation of established people by making false and mischievous allegations.