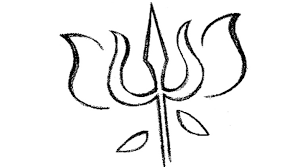 Editor-in-Chief of indiacommentary.com. Current Affairs analyst and political commentator. Writes for a number of publications. View all posts by this Author
Prime Minister Modi is doing excellent work where the stream lining of the economy is concerned. The government is also announcing schemes as per its declared intentions. On Friday, Modi announced the scheme for smart cities, the Atal Mission for Rejuvenation and Urban Transformation (AMRUT). He rightly said that development of cities could not be left to private realtors. There has to be government intervention in the form of master plans and investment in infrastructure to smarten up the cities. He also said that the consumers would be protected by bringing in the Real Estate Regulator Bill in the ensuing monsoon session of the Parliament.

But where Modi is faltering is in taking timely and visible steps in political governance. The Lalit Modi saga is getting messier by the day, with the BJP bent on protecting its two senior leaders, Sushma Swaraj and Vasundhara Raje. Although clinching evidence about their acts of nepotism are there in public domain, the party feels that they are not admissible. The episode is denting its image, as well as that of Modi himself, and decisive action is long overdue.

Then, the revelation that the special public prosecutor in the Malegaon blasts case, Rohini Salian, was asked by the National Investigative Agency (NIA) to go Ã¢â¬ËsoftÃ¢â¬â ¢ in the case has again raised questions about the intentions of the government. For those who have forgotten, in the Malegoan blasts in 2008, Hindu extremists triggered bombs that killed four Muslims. How can anyone ask the prosecutor to go Ã¢â¬ËsoftÃ¢â¬â ¢ on them? An extremist is an extremist Ã¢â¬" an enemy of the nation, period. Is the government trying to say that there are good extremists and bad extremists? Should Muslim extremists be prosecuted with zeal and should Hindu extremists treated with kid gloves? Are Muslim extremists Ã¢â¬Ëagents of Pakistan/IslamÃ¢â¬â ¢ and a threat to the nation? Similarly, are Hindu extremists not a threat to the nation as they are Ã¢â¬ËcleansingÃ¢â¬â ¢ it of Ã¢â¬ËunwantedÃ¢â¬â ¢ elements?

Such discrimination is what breeds extremism. The minority community wants fair treatment. It does not want to be appeased. Appeasement was a policy followed by self serving political parties and has run its course. Muslim opinion makers have found that their lot has not improved even after decades of appeasement. But as citizens of India, Muslims have a right to demand equal treatment under law. The government is duty bound to ensure that there is no discrimination against them. When the minorities find that the problems they face are similar to the problems being faced by other Indians and that they are not being singled out or targeted, only then would they believe that they are not being discriminated against.

But if order like the one to go Ã¢â¬ËsoftÃ¢â¬â ¢ on Malegaon accused are issued even when the Muslims are fighting against midnight knocks and cases of youths being picked up for being involved with banned organizations, false implications in certain cases and the general high-handedness against them by the government machinery, the level of their angst against the state is going to rise by leaps and bounds. This, in turn, is further exploited by some in the community to poison the minds of the youth to turn them against the state.

Hence, it is required that the government behaves in a responsible manner and treats all forms of extremism equally. Those who foment trouble are enemies of the nation. It does not matter which religion they belong to. The law must come down heavily on them.