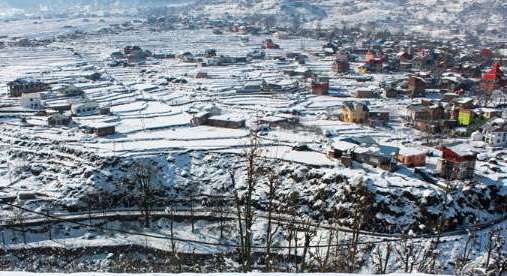 The NDA government, in a bold and historic move that will have wide ramifications, did away with the special status enjoyed by Jammu & Kashmir by revoking Article 370. J&K will cease to be a state from today and will become a Centrally-administered Union territory with a legislature. The government also bifurcated the state by carving out the Ladakh region as a separate Union territory without legislature. While Arun Jaitley said that "a historic wrong has been undone", the move was condemned by the Congress, the NCP and the TMC. In a surprising development, AAP, TRS and YSRCP supported the government while the JD(U) opposed it. Mehbooba Mufti called it the darkest day in Indian democracy while Omar Abdullah called the move "unilateral, illegal and unconstitutional".

Those who are saying that Kashmir must be for Kashmiris must also say that the whole of India must be for all Indians. How could there be a state in the nation where most laws of the rest of the nation did not apply, where no Indians from other states could go and buy property or open a business and where Indians were treated as foreigners? The special status granted to the state was temporary in nature. The Kashmiri politicians made it an issue of permanency to enjoy the perks that came with it. 70 years is a long time and if the Kashmir issue has not been resolved under Article 370, the time for it to go was ripe. Who better to do it than the party that had the revocation of Article 370 as a promise in its election manifesto and the man who has won the popular mandate for two successive terms, has the political will and support of several other political parties.

Those who are saying that it is a "betrayal of trust" must recognize that the trust India reposed in the Kashmiris was in the hope that given time, they will ingratiate with the rest of the country. But when, even after 70 years, the leaders of Kashmiri parties wish to maintain a separate identity and keep Kashmir as a separate nation for all practical purposes (with a separate Constitution and even a different flag), there is no hope of them ever trying to integrate with India. Kashmiri leaders have more sympathy for Pakistan-based terrorists than for Indians and this situation cannot be allowed to continue. Kashmir is an integral part of India and Article 370 was an aberration. Having revoked it, the government must now take all steps to bring peace and development to the beleaguered Union territory.