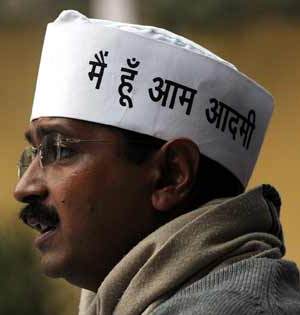 Editor-in-Chief of indiacommentary.com. Current Affairs analyst and political commentator. View all posts by this Author
After a period of inactivity, or activity hidden from public and media exposure, the number one megalomaniac of India, Arvind Kejriwal is back with a vengeance. Till now, he used to see demons in all the opposition parties, especially the big ones like the BJP and the Congress. He has said that other than the people of Delhi, no party wishes that the AAP government succeeds. Now, he is after the media. He is unhappy with the way the media is covering his government. He thinks that some of the reports are defamatory. He went as far as saying that the media had taken a contract to ruin AAP, which is a grossly defamatory statement, and that his government was being subjected to public trial on some television channels. Hence, like an autocrat, he has got a circular issued by Addl. Director, Information and Publicity, Government of Delhi to all senior officials. Here is what the circular says:-

The circular goes on to say the written report should mentions details like the offending report, where published, date of publication etc and on receiving the same, the officer concerned will examine and seek the opinion of Director (Prosecution) whether prosecution can be made under sec. 499/500 of IPC. Thereafter, on obtaining Home department sanction, the matter could be prosecuted under sec. 199(2) of Cr P C in competent courts.

Every politician who displays traits of being a dictator often muzzles the press and has his own propaganda mechanism. He wants the public to see only what he wants them to see. Hitler has Goebbels. Kejriwal is Hitler and Goebbels rolled into one.

The EditorÃ¢â¬â ¢s Guild has said that KejriwalÃ¢â¬â ¢s crude attempt to muzzle the press shows an intolerant mindset and an aversion to criticism and decent democratic debate. But this is nothing new.

Arvind Kejriwal is a dyed in the wool megalomaniac who always thinks that his, and only his, is the only valid opinion on various issues. He has little or no time for others whom he considers much below his level of Ã¢â¬Ëintelligence.Ã¢â¬â ¢ Such a person is dangerous and a threat to democracy as we know it in India. Behind his modest exterior and friendly manner of engaging the masses lurks a devious mind that seeks to be in totally control of everything Ã¢â¬" be it his party, the government or other organs of democracy like the press.

Kejriwal was fortunate that the press found him to be a refreshingly different debutant in the Indian political firmament and supported him to the hilt in his fight against corruption. No newbie in recent memory garnered so many column inches of opinion and so many hours of television prime time as Kejriwal did. Now, he finds the same press has become a stooge of vested interests who are out Ã¢â¬Åto ruin AAP.Ã¢â¬Â

The press did not have a vested interest then in promoting Kejriwal and AAP and it does not have a vested interest in ruining them now. The press did its duty then, as it is doing now. It is only the dictator in Kejriwal who thinks that since the press is reporting what he finds unfavourable, it has been Ã¢â¬Ëbought overÃ¢â¬â ¢ by political opponents. The press does not work that way. Only the mind of a megalomaniac does.