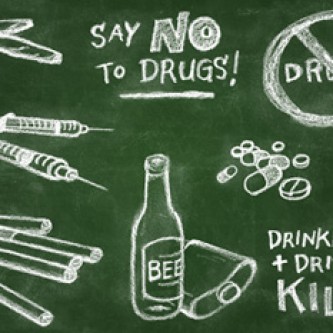 By our team of in-house writers. View all posts by this Author
The entire North-East has grappled with the problem of drug abuse for long. Huge sale of cough syrups in the region was an indicator that the youth was using it to get a high. But with the government now having banned the sale of syrups with codeine, addicts are turning to more dangerous forms of drugs. Ganja, brown sugar and illicit, and hence cheaper, liquor top the list. There have been widespread protests in Assam about increasing instances of drug abuse and open sale of the same at various locations. The All Assam Students Union (AASU) has issued a warning to those facilitating availability of such substances. It has also taken out protest rallies and slammed the government for laxity in curbing the menace.

The arrest this week of a person from near Dibrugarh station with 70 gms. of brown sugar highlighted the problem. The person, Rahul Verma, claimed to be a scribe working with an Itanagar newspaper, but his claim was rejected by the newspaper concerned. His arrest came under the âOperation Drugs Free Dibrugarhâ launched by the local administration and police some time ago. He is the sixth person arrested after the drive.

A walk in the evening in areas of G S Road in Guwahati where several eateries and wine shops are located, like ABC and Christian Basti, fill oneâs olfactory organs with the all-pervading smell of ganja. Local youth procure the same from shady characters and roll it up in a cigarette to smoke it in dimly lit lanes off the busy thoroughfare. Apart from the money they spend, it is spoiling their lives as they are unable to focus properly on anything. Their studies suffer too.

The government and the police have been carrying out regular drives against drug dealers. But if the menace has to stopped, the police have to activate all their information channels and nab even the smallest players. On the other hand, addicts need care and rehabilitation. NGOâs and other sections of society need to be involved in this drive to make it a success. Care should also be taken to ensure that the drug dealers do not return after lying low for the period of the drive.